This season on Nach Baliye is grabbing headlines for the contestants' relationship rather than the dance competition. As per the latest reports, Faisal Khan and Muskaan Kataria have parted ways after dating for two-long years. The reason for their break-up is quite shocking. As per a Latestly's report, Faisal has been cheating on Muskaan throughout Nach Baliye 9 journey! After the actress got to know about this, she decided to break-up with him!

A source close to Muskaan told the entertainment portal, "Faisal Khan was cheating on Muskaan during their entire journey of Nach Baliye 9. He was in a physical relationship with one of the senior cast members of Chandragupta Maurya."

The source added that Muskaan had dedicated the last solo performance for him, but Faisal never uploaded the act or appreciated her on any social media platform. Well, this also proves that Faisal wasn't in love with Muskaan. It seems that she went into depression and to come out of it, she went to her hometown for 15 days.

Muskaan Was In Depression

The source further revealed that Muskaan somehow managed to come out of depression as she had her family and friends' support. It seems that she has returned to the town and wants to start fresh. She now only wants to focus on her upcoming project, acting or modelling career without being tagged as Faisal's girlfriend.

Muskaan also confirmed the news of breaking up with Faisal to Spotboye and said, "Yes, Faisal and I have broken up." When asked about the reports of Faisal's infidelity, she refused to comment on it and said that she is now not in a position to talk about it. She also added that she will talk about it when she is emotionally stable.

The actress also confirmed that the break-up happened just after Nach Baliye 9.

It has to be recalled that earlier, Faisal and Muskaan had grabbed the headlines for faking their relationship for Nach Baliye 9. 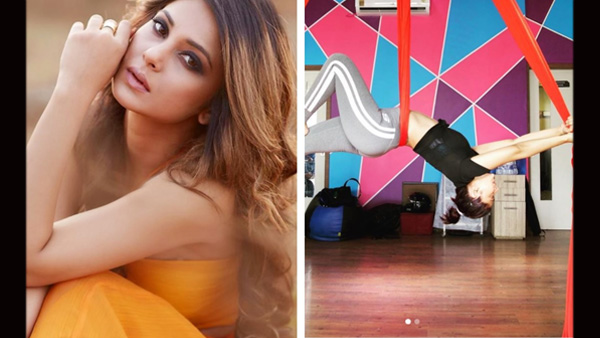