Nach Baliye 9 has been grabbing headlines for its content. Recently, ex-couple Urvashi Dholakia and Anuj Sachdeva, who got eliminated from the show, were in the news, for saying that their elimination was unfair. Also, another ex-couple Madhurima Tuli and Vishal Aditya Singh, have been hitting headlines for their fights. The makers have been cashing in on their fights!

Recently, the makers released a promo in which famous anchor Dibang is seen questioning ViRima.

Star Plus captioned the promo, "Look who's making Jodi No. 6 #ViRima finally confront each other on the nach manch! Who do you think will tell the truth? #NachKaSach." - (sic)

In the promo, Dibang can be seen questioning Vishal, if Nach Baliye 9 is a publicity stunt for him! Dibang even asks Madhurima, if she is using Vishal to be in the game! Both Vishal and Madhurima seem surprised by Dibang's shocking allegations.

Watching the promo, we couldn't stop but think of Bigg Boss! It has to be recalled that in Bigg Boss, Dibang had questioned the contestants. Many viewers felt Nach Baliye is going the Bigg Boss way.

Is This Salman Khan’s Idea?

They even want to see Madhurima and Vishal in the Bigg Boss house as the new season is all set to hit the television screens. Since Salman is producing Nach Baliye, we wonder if this was his idea (Let us remind you Salman is also the Bigg Boss host).

Gayathryvs: Is this big boss or dance show??? Seriously.. This is too much...- (sic)

Nach Has Lost The Plot!

Tika_mk: This is so ridiculous! Really not sure what are you trying to prove! - (sic)

Yamuna1111: Are you serious???? You are bringing in their personal lives on a reality dance show just to increase your TRP???? And these two happily accept to talk about their personal life publicly???? Are you fooling the audience????? - (sic)

Look who's making Jodi No. 6 #ViRima finally confront each other on the nach manch! Who do you think will tell the truth? #NachKaSach #NachBaliye9, This Sat-Sun at 8pm on StarPlus and Hotstar :- https://bit.ly/NachBaliye9 @vishalsingh713 @madhurimatuli @officialraveenatandon

Seems like Vishal has got plenty of questions to answer! But will the answer be true or false? Find out on the #NachKaSach on #NachBaliye9, This Sat-Sun at 8pm only on StarPlus and Hotstar :- https://bit.ly/NachBaliye9 @vishalsingh713 @madhurimatuli @officialraveenatandon @khan_ahmedasas 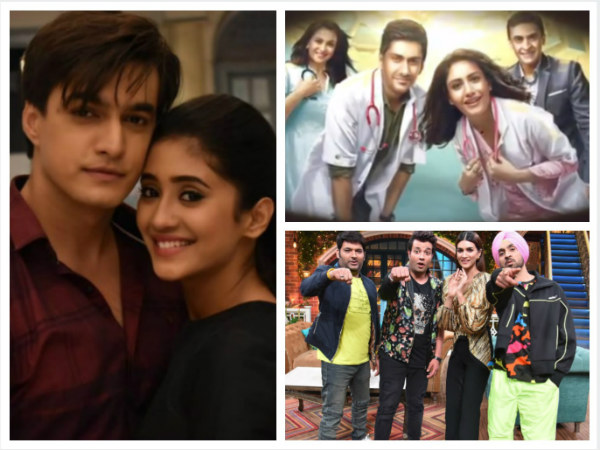 Most Read: TRP Toppers (Online): Sanjivani 2 At Third Spot; The Kapil Sharma Show Is Back On The Chart