Star Plus' popular dance reality show Nach Baliye 9 has been creating a huge buzz since its inception. Recently, we had reported that the show's grand premiere received a huge opening. It garnered 2.7 ratings and found its place (third spot) on the TRP chart. The team had a blast at the success party. As the viewers are aware, the show is being produced by Salman Khan and hosted by Maniesh Paul.

Recently, the makers introduced a new addition to the Nach family, i.e., actress Waluscha De Sousa. The actress, who made her Bollywood debut with Shahrukh Khan's film Fan and featured in a song in the Malayalam movie Lucifer, entered the show as a co-host. She made a 'damakedaar' entry on the show by performing to the song, 'Kamariya'.

Waluscha is grateful that she got this opportunity and is excited to co-host the show with Maniesh Paul. She was quoted by IANS as saying, "Extremely excited and humbled to begin this new journey. I can't wait to see how this season unfolds."

She further added, "I hope that the audience welcomes me with open arms and I live up to their expectations. Co-hosting with a mega-talent like Maniesh Paul is an absolute privilege. I'm grateful for this wonderful opportunity."

Coming back to the show, this time 12 celebrity jodis are participating. Among them, five contestants - Babita Phogat-Vivek Suhag, Vindu Dara Singh-Dina Umarova, Faisal Khan-Muskaan Kataria, Vishal Aditya Singh-Madhurima Tuli and Prince Narula-Yuvika Choudhary - are safe as they scored high and got 'Hi5' from the judges. For the unversed, jodis that get full marks from the judges i.e., 100/100, get Hi5 and will be saved from elimination.

The other contestants who are not safe are - Rohit Reddy-Anita Hassanandani, Aly Goni-Natasa Stankovic, Urvashi Dholakia-Anuj Sachdev, Shraddha Arya-Alam Makkar, Sourabh Raj Jain-Riddhima Jain, Shantanu Maheshwari-Nityaami Shirke and Keith Sequeira-Rochelle Rao. Who do you think will get eliminated in the upcoming week? 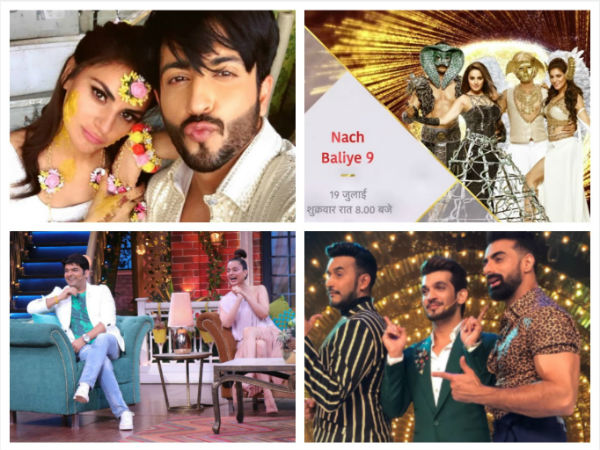