Ishqbaaz was one of the popular shows on Star Plus. Nakuul Mehta and Surbhi Chandna played the roles of Shivaay and Anika on the show. Fans loved their jodi and nicknamed them 'Shivika'. The show successfully ran for almost three years and completed more than 750 episodes. Things didn't work out post generation leap and the show aired its last episode yesterday (March 15). In an interview to TOI, Nakuul spoke about his journey on the show and about his chemistry with the co-actress Surbhi. Read on to know what the actor has to say!

Nakuul On His Ishqbaaz Journey

On his Ishqbaaz journey, Nakuul was quoted by TOI as saying, "Too many takeaways and too many memories. But the one thing that stays with a lot of people ask me it's been such a successful show and it has been good for so many people who have worked on it."

‘We Have Given It All & We Did Our Best’

"The way I judge a success or failure is the effort one has put in. I can say this on behaviour of all the people who have worked here that we have put in our 100 percent and 110 percent and on the days when we did 95 percent we did terrible about it. One thing I am going to be proud about is that we have given it all and we did our best. That's my take away from the show and to put in the same sort of spirit in whatever I do ahead in life."

On His Chemistry With Surbhi

Regarding his chemistry with Surbhi Chandna, he said, "It's so funny, I was having a chat with her yesterday about the same. Actually, we never realised while we were working together what about our pair really worked."

‘There Was Something Magical & Quite Beautiful’

"And I think it was good we never did because we never tried to analyse it. There was something magical and quite beautiful. We were talking about it how the two of us are going to miss it going forward. She has been a terrific co-actor to work with. It has been wonderful to work with her and I can't describe what it was. I think it was great." 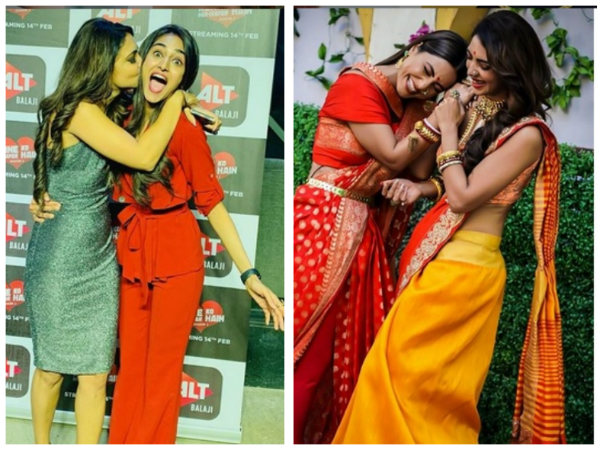 Most Read: Here's What Erica Fernandes Has To Say On Rumours Of Her Cold War With Hina Khan; Pooja Reacts!