Nakuul Mehta, who impressed the viewers with his role of Shivaay on Ishqbaaz, will be seen in a short film. The hazel-eyed actor will be seen in Anurag Kashyap's short film that also stars Badho Bahu actress Rytasha Rathore and Malayalam actress Rima Kallingal. A few days ago, the short film's team met each other for a script reading session. Nakuul had even shared pictures from the script-reading session. The actor recently shared a few pictures snapped with the Malayalam actress Rima Kallingal. He was all praises for the actress.

Nakuul wrote, "An absolute pleasure to have collaborated with this bundle of joy & talent, also one of the premier stars of the Malayalam film industry --> @rimakallingal on what has been essentially one of the happiest & sensitive sets I have had the good fortune to work on."

The Actor Is All Praises For Rima

"I discovered so much more about her post the little screen time I shared with her, watching her TEDx speech on 'Chanding Gender Discrimination in the Movie Industry'. She speaks unabashedly about the rampant sexism, casteism & ageism which exists in society and is reflected in our cinema/art & how one cannot - not be affected by an artist community which is NOT trying to challenge this narrative and an audience community which is NOT vehemently asking for that change."

"Rima is one of the founder members of the 'Women in Cinema Collective' and is amongst the very few artists I know of who are using their voice to raise this much needed dialogue. You are a trailblazer, Ms Kallingal and I can't wait for you to continue this struggle until nobody else needs to struggle for their share of 'fish fry' anymore 🎏 (Ref: please watch her TEDx)."

Rima: No Wonder People Love You So Much

Rima commented, "Hey man!!! This is so absolutely sweet of you❤️ no wonder people love you so much:) stay the same wonderul artist and human being that you are. May the next phase in your life fulfill all your dreams🙌🏾 cheers mate🍻."- (sic)

Earlier, the actor shared a picture and captioned it, "When you get to be the minority representative on an all women's - fabulous cast & crew for a short feature! This should & must be the ORDER going forward :-) Hallelujah!" 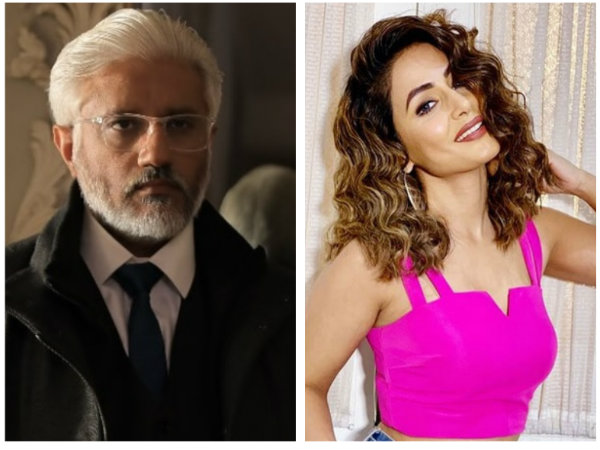 Most Read: Hina Khan Is A Great Mix Of Sensuality & Class: Vikram Bhatt Reveals Why He Chose Hina For His Film!