There were rumours of Ek Deewana Tha actress Donal Bisht dating director Prateek Shah. But recently, it was said that the duo broke-up and Reyhna Pandit is the reason behind Donal and Prateek's break-up. A source was quoted by Tellychakkar as saying, "Donal and Prateek are no longer in a relationship. Prateek is dating actress Reyhna Pandit, the antagonist from his directorial show, Manmohini, which airs on Zee TV." But, the actress denied the rumours. In fact, she was shocked by the report!

When asked whether she is dating Prateek, she told Bollywoodlife, "No. No way." When told about Prateek and Donal's break-up, Reyhna said, "I was in a five year relationship and I have broken up. Prateek is a good friend, and yeah he is of the same age so we bond well."

‘You've Given Me The Biggest Shock Of My Life’

"I and Ankit Siwach are bonding well as well. Why are there no rumours about us? I do not mix up my work and personal space. It's a different thing if they eventually become my friends like the Ishqbaaaz gang. But that doesn't mean we are dating. You've given me the biggest shock of my life."

Reyhna said that she hardly knows Donal. But revealed that she had met Donal on the set and the latter was introduced as Prateek's girlfriend. She clarified that she is not the reason behind their break-up.

‘The Love Of My Life In The Industry Is Nia Sharma’

She added, "I'm not looking at being in a relationship, especially not with a man from the industry. I'm taken aback by this news." Regarding her kiss with Nia Sharma, she said, "The love of my life in the industry is Nia Sharma and nobody else." 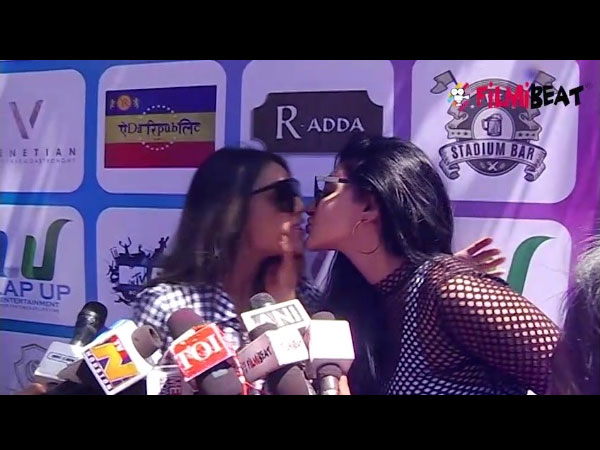 Most Read: Nia Sharma & Reyhna Pandit On Their Lip-Lock: It Is A Friendly Kiss; Not A Lesbian Act At All!