Nia Sharma, who is currently seen on Colors' show Ishq Mein Marjawan, has been hitting headlines for one or the other reason. The actress, who is known for her bold fashion sense and phenomenal acting skills, was seen at a Holi party, which was attended by many celebrities. Nia was seen locking lips with her former Jamai Raja co-star Reyhna Pandit at the Holi party, while giving a byte to the media. The video has gone viral, leaving fans shocked!

Well, this is not the first time that Nia and Reyhna have locked lips. Earlier, the two had kissed each

other on Jamai Raja sets (in 2015). Reyhna had even shared the picture on her social media.

During that time Reyhna told about the controversy, "Why so much hype about it? When a girl can kiss on cheeks, why not on lips? Nia and I are very different kind of people. We like each other's positive attitude and fashion sense. We have become very good friends and we enjoy each other's company. I want to make it clear that we both are not lesbians and are very much straight. People kiss because they like that person. Nia and I share a very cute bond."

The Actresses Have Fun At The Party

Meanwhile, Nia and other actors were seen having a blast at the party. Take a look at the pictures of Reyhna & Nia enjoying Holi party. Nia shared a few pictures on her social media accounts.

Nia & Reyhna Have A Blast! 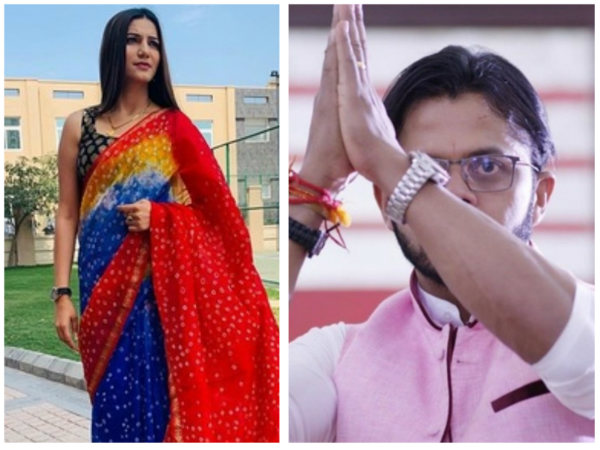 Most Read: Sapna Choudhary Joins Politics; To Contest Against Hema Malini; Is Sreesanth Too Joining Congress?