Bigg Boss 13 contestant Paras Chhabra's girlfriend Akanksha Puri was apparently approached by Bigg Boss makers to enter the house as a wild card entrant. But the actress refused to participate, at least, this season. Akanksha told Spotboye as to why she turned down the offer of the controversial reality show.

Akanksha told the entertainment portal that Bigg Boss makers made a super offer to her saying that she is good-looking and even that audience will get to see Paras' real side if she enter, but she refused.

The reason why the actress refused to be a part of the show, was that she didn't want to compete with Paras. Akanksha said, "I didn't want to be a competitor to Paras. We both are very strong individuals with resolute opinions. Who knows I would have come out as a stronger personality than him on the show. If it was a couple reality show, I would have surely gone."

Akanksha Was Linked With Siddharth Shukla

The other reason is the fight between her ex Siddharth Shukla and current boyfriend Paras. As viewers are aware, Paras and Sid do not share great bond. Also, it has to be recalled that Akanksha was earlier linked with Siddharth.

Akanksha told the portal, "I knew where it would eventually go. I was linked up to Siddharth in the past and I expected Paras and Sid won't get along. And that's what happened- they are fighting and the way things are between them right now, I would have become the epicenter of their fights, which I didn't want and hence I turned down the offer." 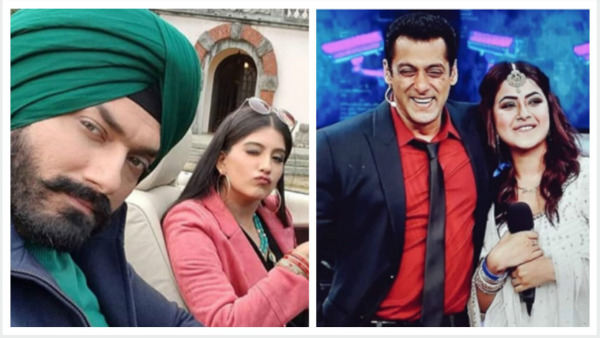