Television couples, who often tend to spend more than eight hours on the sets, get to know each other so much that their friendship eventually turns into love. Also, a few other actors meet through their common friends and fall in love. But only a few couples make their relationship official, while some hide it. Here are a few television couples who are rumoured to be dating in real life!

Parth Samthaan and Erica Fernandes, who play the roles of Anurag Basu and Prerna Sharma in Kasautii Zindagii Kay 2, became an instant hit jodi among the audience. The reel couple also apparently fell in love in real! It was said that they spent more time together, when not shooting for the show - they used to arrive together, have meals together and also leave the sets together. Both actors never made their relationship official.

In fact, recently, Parth clarified that he has never dated Erica. The actor said that he and Erica are great friends. He also added that they have a lot of fun together on the sets, hanging out and partying together.

Jasmin Bhasin and Aly Goni's link-up rumours started doing the rounds ever since they participated in the stunt-based reality show, Khatron Ke Khiladi 9. But the actors maintained that they are just friends. In an interview to HT, Jasmin clarified that she will never date an actor as she had learnt a lesson in the past.

It was said that Rashami Desai and diamond merchant-turned-actor Arhaan Khan, who met in 2017, hit off instantly. Apparently, it was during Prince Narula's (Arhaan's Badho Bahu co-actor) wedding that their bond became stronger. Earlier, they maintained that they are good friends. It's in the Bigg Boss 13 house that they confessed that they love each other. In fact, it was also said that they might get married on the show. But looks like the chances of them getting married on the show are less as there is a lot of confusion in their relationship.

TV actor and Bigg Boss 13 contestant Paras Chhabra is in love with an actress, Akanksha Puri. The two started dating in 2017, but in between, they took a break from their relationship for a few months as Akanksha was not sure about their compatibility. During the break, Paras started dating Yeh Hai Mohabbatein actress Pavitra Punia. But soon the duo broke up and Paras got back with Akanksha. Paras and Akanksha's relationship has gotten a little complicated after he made a few statements against her. It has to be seen how their relationship will turn out to be after Paras is out of the house.

Divya Agarwal and Varun Sood were going through a tough time as they broke up with their partners (Priyank Sharma and Benafsha Sonawalla). The duo met each other on Ace of Space and fell in love with each other. Post the show, Divya and Varun made their relationship official. The couple will be seen together in Ekta Kapoor's horrex show, Ragini MMS Returns 2. 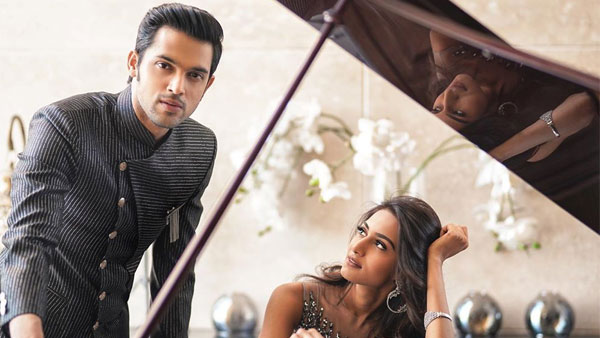