Amidst multiple link-ups and break-up stories, Parth Samthaan, who is currently seen in Kasautii Zindagii Kay 2, revealed that he had a crush on his co-actress Aamna Shariff. It has to be recalled that Aamna became a household name with the show Kahiin Toh Hoga. Currently, the actress has replaced Hina Khan in Kasautii Zindagii Kay 2 and is seen portraying the role of Komolika. She entered the show post Karan Singh Grover aka Mr Bajaj's exit.

Although Parth was upset with his friends' (Hina and KSG) exit, he was delighted when Aamna came on board. The actor said, "Aamna is very sweet. When I met her for the first time, I told her that when I was a kid, I had a huge crush on her and she started laughing. I used to watch her TV show Kahiin To Hoga, regularly. She still looks the same and is such a positive person. Her entry in the show has been a good surprise element."

On rumours of him dating his co-star Erica Fernandes, he said they were good friends. The actor also added that he is not even aware of the so-called rumours and that they (rumours) don't bother him.

Parth said, "We are good friends and friendly even today. We are in a good space. We work together daily on our TV serial and things are smooth between us. At times, there are some arguments or differences of opinions at work, but this is normal. In fact, recently, the cast came over to my new house and we all chilled together. I am not even aware of most of these so-called rumours, so we don't need to deal with it." 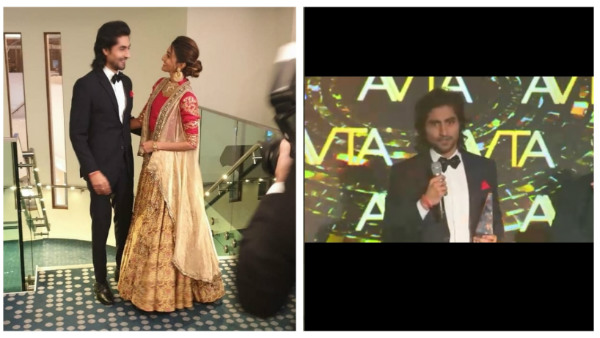