As the viewers are aware, Ekta Kapoor's Box Cricket League (BCL) has started and many television stars are participating on the show. Erica Fernandes and Parth Samthaan are in the opposite teams. Last weekend, Hina Khan visited the Film City, where BCL is going on. Hina and Parth bumped into each other, but the duo shared an awkward moment! As per Spotboye report, they just said 'Hello' and moved on.

It has to be recalled that there were reports of Hina Khan and Erica Fernandes sharing cold vibes on Kasautii Zindagii Kay 2 sets. Parth Samthaan, who is close to Erica, hadn't invited Hina for his birthday party and now this awkward moment between Parth and Hina, is Erica the reason? Read on!

When Parth Samthaan & Hina Khan Bumped Into Each Other!

An eyewitness was quoted by Spotboye as saying, "We thought that Hina and Parth would chat, given the fact that they are working on the same show Kasautii Zindagii Kay 2. But both did not say anything to each other except mumble a 'Hello'. It was so much in the face that hardly anybody who was within a near radius missed it."

The eyewitness further added, "It is now so evident that Parth and Erica are dating, and in fact, their relationship is growing by the day. Earlier, Parth did not invite Hina to his birthday party. And now, the two couldn't strike a 2-minute conversation."

"They have had so many scenes together in Kasautii Zindagii Kay 2 that at least there should have been a brief, courteous chat when two colleagues meet outside the office, but nothing of that sort happened."

As per the entertainment portal's report, Parth and Erica's feelings for each other are quite stark. Apparently, the couple often arrives together on sets, and they frequently leave together. They also wait for each other before they start having their afternoon or evening meal. 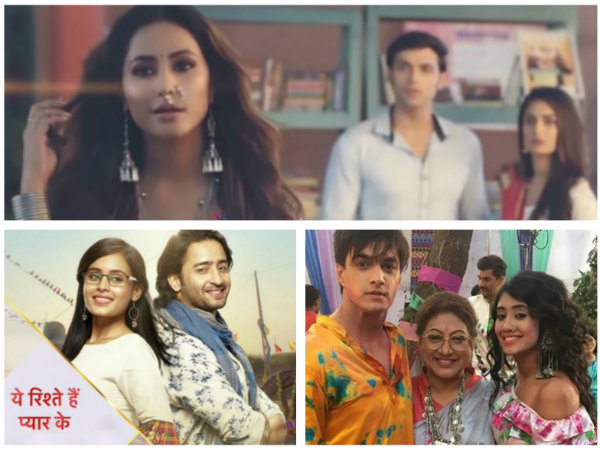