Bigg Boss 13 contestant Shehnaz Gill has been facing issues ever since her rival Himanshi Khurana's entry. Recently, during a task in the Bigg Boss house, Shefali Jariwala, who was miffed with Shehnaz's antics, called her Punjab's Rakhi Sawant. The former told Sana, "Aap mujhe kabhi kabhi Punjab ki Rakhi Sawant lagte ho." This, in turn, made Shehnaz furious and she indirectly taunted Himanshi. Now, Rakhi Sawant herself has reacted to Shefali's statement.

Rakhi, who was miffed with Shefali's statement, shared a few videos on her Instagram account and expressed her views. She asked the host Salman Khan for justice. She also asked Bigg Boss as to why everyone uses her name and make fun of her.

In another video, she was said, "Salman uncle...salman ji...ap tho mere mitr hai...mujhe nyay chahiya...mera naam hamesha woh karan Johar leta rehta hai. Koffee With Karan mein kehta hai ki...if you wake up, if you become a Rakhi Sawant, what will you do?" - (sic)

‘Rakhi Sawant Is Also A Human Being’

She Says She Will Punish Whoever Is Making Fun Of Her

In a video, she was seen saying, "Bigg Boss... aap abhi mere ghar mein aawo aur abhi mujhse baat karo." She also said that she will come to Bigg Boss house and punish everyone who are making fun of her. 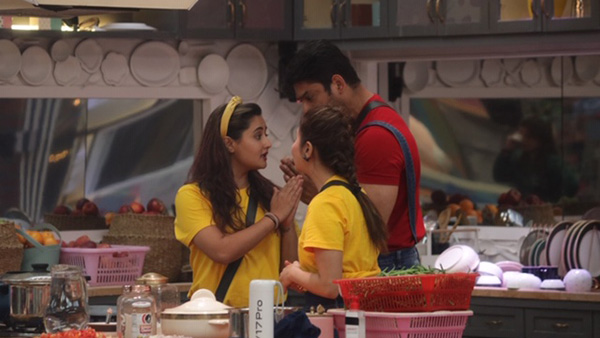