From Nach Baliye 9, which will hit the television screen this Friday to Bigg Boss 13, which probably might air in September, many popular reality shows have been in the news, more so for the names of the celebrity contestants that have been tossed around! Recently, there were reports that Chunkey Pandey is the first celebrity contestant to be finalised for Bigg Boss 13. Many popular celebrities have been approached for yet another show of Colors TV - Khatron Ke Khiladi. Also, Star Plus' show Nach Baliye has been creating a huge buzz.

As per a report in Pinkvilla, Salman might judge the dance reality show along with his ex-Sangeeta Bijlani. A source was quoted as saying, "Salman is not just the producer of Nach Baliye 9 but is extremely hands-on in the creative department as well. It was his suggestion that they rope in Sangeeta as one of the judges on the show."

Salman To Judge Nach With Ex-Sangeeta!

The source further added, "The show has an interesting format this time - it is not just about couples but ex-couples too coming under the same roof; exes who have moved on with their lives and are friends today, and he and Sangeeta have remained on good terms. They are good friends and sometimes even work out together at the gym. Sangeeta is often spotted at most of Salman's family events and is extremely close to the Khandaan."

Will He Reveal Why He Broke Up With Sangeeta on Nach?

"Interestingly, Salman himself in the latest NB 9 teaser, promised to reveal all his relationship secrets on the show. While the other women he has dated are married, Sangeeta is the only person, who has maintained amicable relations with him and both are single. Will Salman and Sangeeta finally reveal what happened between them and why they broke up - only the show can tell!"

As per a report in Spotboye, Raveena Tandon's cousin Kiran Rathod, who was seen in the music video 'Munda Tu Hai Punjabi Sona', is being considered for Bigg Boss 13. Apparently, the actress is yet to sign on the dotted line.

Recently, there were reports of Kareena Kapoor being the highest-paid actress on TV. According to TOI report, the actress is receiving a whopping Rs 3 crore per episode for DID. 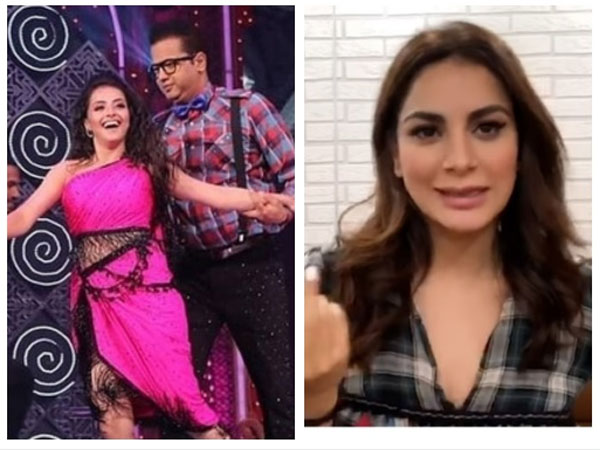 Most Read: Nach Baliye 9: Shrenu Parikh SLAPS Rahul Mahajan; Shraddha Injured-Will She BACK OUT Of The Show?