On Valentine's Day (February 14, 2019) ex-Bigg Boss contestant Sana Khan and popular choreographer Melvin Louis surprised fans by sharing a romantic picture which had heart-shaped emoji in the caption. Sana and Melvin had earlier too shared dance videos, but this was the first time they shared picture together as a couple. This made people wonder if the couple is confirming that they are dating. The confused fans even commented asking whether they are dating or they are coming together for a project.

Apparently, Sana and Melvin have been dating since the last four months. The duo was approached to feature as a couple in the dance reality show, Nach Baliye.

Talking to Mirror, Sana revealed that she had never trained in dance and she contacted Melvin last September. They shot a dance video together which was all very professional. But the cupid struck them when they went for dinner!

The actress was quoted by the leading daily as saying, "One day, out of the blue, we went for dinner and Cupid struck! We started meeting more often and realised we liked each other. We have now decided to announce the relationship to stop speculation."

She further added, "He is a soulmate really... I was delighted that my mother was so understanding. We have met each other's families and now are planning a joint meeting with both sides so we can take things ahead." Well, this makes us wonder whether the marriage is on the cards.

‘You Make Me A Better Person’

On Melvin's birthday Sana shared few posts praising her love. She wrote, "I never knew I could love someone this much until I met you. Some people search their whole lives to find what I found in you ♥️ I fall for you every day every minute. You make me a better person mel there are so many good things I m learning frm you every single day 🤗"

‘I’m Super Lucky To Have You In My Life’

She further wrote, "Words will never be enough to express my love n gratitude towards too ♥️ I m super lucky to have you in my life. Thank you for choosing me 😘 I love you forever ♥️ Happy Birthday my love 😘♥️🔥."

‘I Fell In Love With You Because Of The Million Things’

Sharing another picture, the actress wrote, "I fell in love with you because of the million things you never knew you were doing ♥️😘🔥 #merasabkuch #melvinlouis #sanakhan #birthdayboy #loveyou."

Sana captioned another romantic selfie, "If I did anything right in my life , it was when I gave my heart to u ♥️🔥😘" The couple looked adorable while twinning in black! 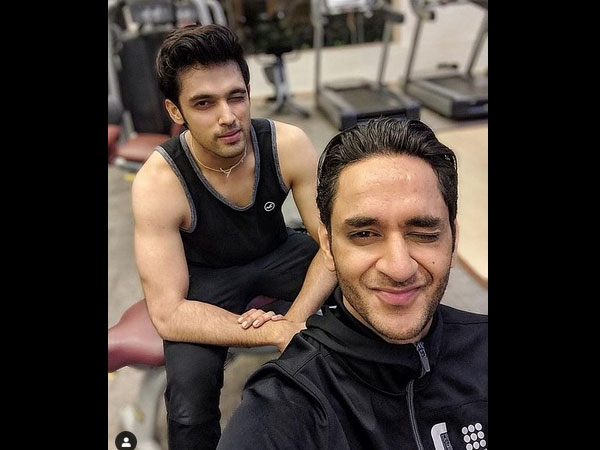 Most Read: WHAT'S GOING ON! Vikas & Parth Unfollow Each Other; Vikas Says We're Neither Friends Nor Enemies!