Sapna Bhavnani is a popular hairstylist, who has worked with many popular Bollywood stars and also has her own fashion line SoFake. She has produced music videos, has been associated with theatre, written books, and also did has done a few cameos in Bollywood movies. She had also worked for PETA. She also participated in Bigg Boss 6 and created headlines for the controversies in the house. A few months ago, she made headlines for warning Amitabh Bachchan regarding the #MeToo movement.

Recently, Sapana was at the Diorama Film Festival that was organised in Siri Fort Auditorium, New Delhi. Sapna was asked about the reality show and surprisingly, she showed total disinterest! She was quoted by India Today online as saying, "It's not that important in my life." Read on to know the shocking statements made by the ex-Bigg Boss contestant.

Is Sapna In Touch With Bani J?

Sapna became a household name with the show. She was known for her unique style, short hair, tattoos and piercings. She spoke her mind and vociferously put across her point. She was in news for the so-called lip-lock with Bani Judge. When asked whether she is still in touch with Bani, she told, "I'm not in touch with anyone. You can read about it in my book, the real scoop."

When asked whether she has been following the show, she said, "I didn't follow it even when I was there. I have never seen the show, not even my own episodes. It's been five years...we should let that show go." She even refused to talk about the show.

When asked why she signed the show if she was not interested and what was her problem with the show, she gave a shocking reply! She was quoted by the entertainment portal as saying, "I was never interested to begin with."

When asked if it was difficult to survive a show like Bigg Boss, she told the entertainment portal, "I didn't need to survive the show. They needed to survive me. They didn't survive me. They still have that chauvinistic pig (referring to Salman Khan). In fact every person in the show, every contestant, they are such m** and b**. The whole show is like that." 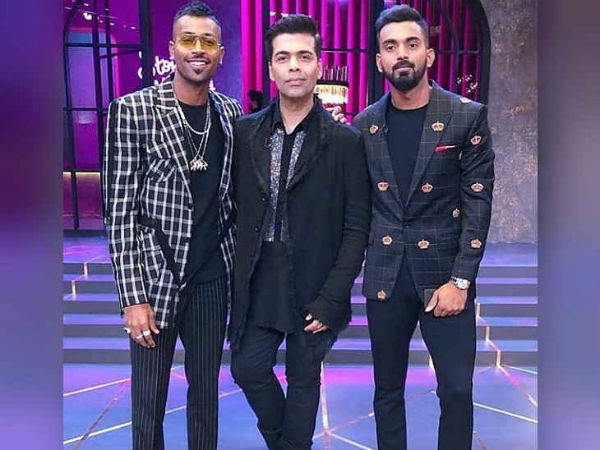 Most Read: Karan Johar On Hardik-Rahul Controversy: I Had SLEEPLESS Nights Wondering How To Undo This Damage!