Dharmendra Was Shattered When He Heard About Jagdeep's Death: We Were Like Family To Each Other
View Sample
For Quick Alerts
ALLOW NOTIFICATIONS
For Daily Alerts
Videos

Deepika Singh is currently seen in Kavach 2. The actress is active on social media and keeps sharing videos of her dance. Recently, she shared an Odissi dance video and captioned it, "Spiritual morning #odissi #choreography #Gurukelucharanmohapatra 🙏 Morning became beautiful while practicing Odissi Namami by snatching some time in btw of my Kawach Mahashivratri night shoots." - (sic). While many actresses and fans praised Deepika, senior actress Sujata Sehgal was not happy with her dance.

Many Users Lashed Out At Sujata

Sujata's comments didn't go well with many users and they lashed out at her. A few of them even said politely that it's not a way to comment! The senior actress responded to most of the users.

The Senior Actress Gives It Back To The Users

Sujata replied to one of the users, "My mother kiran segal is the daughter of zohra segal.and an emminet oddissi dancer.since ive been a baby have seen tbis artform.so if i noticed something..i will comment..not liked or not is your call .or hers.i know where my thought comes from." - (sic)

Sujata Says 5 Years Is Nothing!

Sujata wrote, "am proudly kiran jis daughter..and ...that's why so sharp ..and ..curt with my words at times..my mother a guru does not spare no one..thats why this reaction. 5 years is nothin.for any classical form..but cause of me ..bieng trained by my mum..with so much in certain things hurt my eyes snd head..and..it goes deep into my head.but no one denies hard work...but it takes a lot of time..bieng able to stabilise yourself is the first thing..please continue learning..as you mentioned..thsnk you love..." - (sic)

When another wrote, "Lets ask this madam who is scolding like any teacher to post her video in instagram and we all will definetly give suitable comments..," the actress replied, "this madam your referring to is an oddissi dancers daughter.and since a child hsve seen it grow infront of me..your comments mean nothin to me..thanks." - (sic)

Deepika too, gracefully replied to the senior actress. She wrote, "Thankyou for your valuable feedback maam. But i have been practicing and worshiping Odissi dance form from past 5 years and many more years to come. As they rightly say, practice only makes a man perfect. And its clearly mentioned that its a practice video. Hope you have a good day. 😊" - (sic) 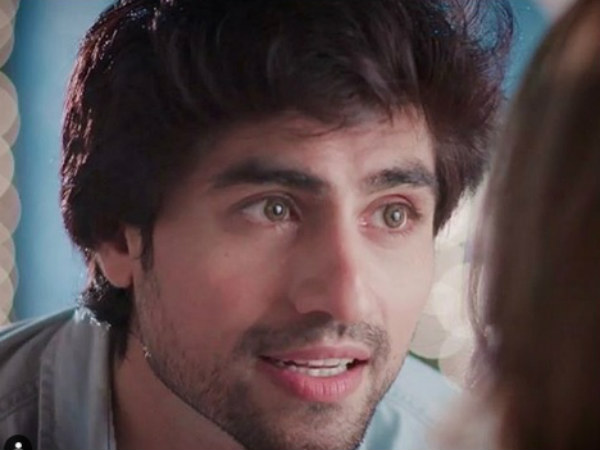 Most Read: Harshad Chopda Wanted To Date THIS Bollywood Actress & Was Devastated When She Died!