Shaheer Sheikh is not just an amazing actor, he also writes shayaris! The actor had revealed to a leading daily that he had written his own shayaris for his recently launched show. He had said, "Shayari is a major part of Abir's character and viewers witness him quoting shayari during every entry scene on the show. Apart from being the most interesting and unique part of my role, they are a USP of Abir's personality."

He further added, "Writing has been a very important part of my life and I started writing right from the age of 15-16 years. But since I spend most of my time focusing on my performance and preparing for the scenes, I hardly have time to work on the shayaris." Well, this had got him in trouble!

Recently, a dialogue writer had claimed that the shayaris are not Shaheer's! The writer shared in his note, "Although we started writing dialogues for YRHPK from script episode 5, the creatives wanted to have poignant moments underlined through poetry in the initial episodes as well. So, I wrote some pieces of initial four episodes, which Mr Sheikh claimed in an interview as his work!"

Shaheer Says It Was A Write Up By The PR Team

It was evident from the writer's note that he was extremely upset with Shaheer. Now, Shaheer has apologised to the writer. Her shared the writer's note and tweeted, "It's was not an interview it was a write up by the PR team. I would again want to apologise because I should have realised that it can hurt someone. they keep reading my shayries on twitter and insta and that's why they asked. Didn't meant to take credit. Sorry it's all you. 🙏" - (sic)

The Actor Apologises To The Writer

Shaheer also had earlier shared a note which read: "Sorry Divy Nidhi Sharma Ji. Didn't mention anything I was talking to the PR team I told them I write and I wrote few lines for the initial few eps also and then we got a new writer and his sharyies are good.. I would never want to put my name on anybody's work. I did write few lines, which I am not really proud of because it's very average." - (sic)

He Recalls His Shayari

"And I thought of it while standing in the scene in front of the camera is what I still remember "jo rehgaya peche nisha jo chut gae halki is yaad.. uska bas yahi kehna hai, ki humari kismat mein firse milna hai..." - (sic)

‘Sorry Didn't Mean To Hurt Anyone’

"I guess apart from this they made me dub few new shayries which I guess were yours but if u say that u have written this also then I agree to that as well. i don't want to take credit for writing as I am just an actor and that's what I do when I am on set. Sorry didn't mean to hurt anyone." - (sic) 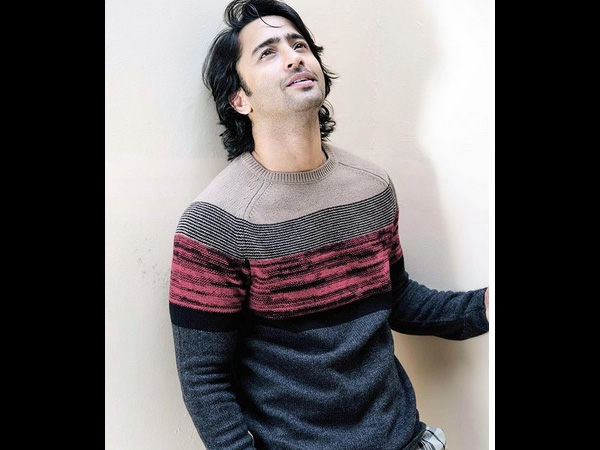