Shaheer Sheikh, who has impressed the viewers yet again with his new show, Yeh Rishtey Hai Pyaar Ke, has also impressed Indonesia fans! The actor was recently in Indonesia to launch his show Daastan-E-Mohabbat along with his show's co-actress Heli Daruwala. The actor shared stage with his ex-girlfriend Ayu Ting Ting. The couple took the audiences by surprise with their performance. Also, Shaheer was also seen apologising to her for ending their relationship abruptly and won everyone's heart!

Shaheer apologised to her and said that he never intended to hurt her feelings. He asked for her forgiveness and both of them hugged each other. The actor recently took to social media to thank Ayu for forgiving him and for gifting him closure.

Shaheer Thanks Ayu For Gifting Him Closure

Sharing a picture snapped with his ex, Shaheer wrote, "I guess to have a clear heart we need to accept, forgive and be forgiven. Thank you for forgiving me and gifting me closure. Thank you. 😊🙏 @ayutingting92." To which Ayu replied, "See u soon @shaheernsheikh 🙏🏻" Read on to know why the duo broke-up!

Way back in 2016's interview with TOI, Shaheer had revealed, "It was a beautiful relationship that lasted four months. It was a good thing to happen to me. I met Ayu on the set of a reality show and fell for her simplicity. She was transparent and helpful. She helped me get a foothold there as I struggled with the language and the culture."

Language & Culture Barrier Was The Reason!

But it was the language and culture barrier because of which the couple parted ways. He told the leading daily, "Even though she spoke English, we could hardly understand each other's emotions. People around also tried to influence us."

"They were against me dating her as she was a single mother. Misunderstandings snowballed into bigger issues. Sometimes, things don't work out when they aren't meant to be."

Was It Because Shaheer Didn’t Want To Settle Down In Indonesia?

There were a few reports that suggested that Shaheer's unwillingness to settle down was the reason for the break-up, while Ayu was looking at marriage. Regarding the same, Shaheer had said, "When you are in a relationship, you don't think of backing out. Break-up and divorces aren't my thing." 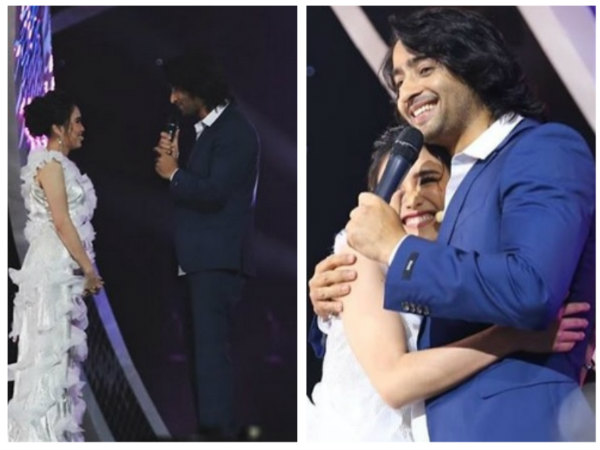 Most Read: Shaheer Sheikh APOLOGISES To His Ex-GF Ayu Ting Ting In Indonesia; Says He Didn't Mean To Hurt Her!