The major transformation of Shama Sikander from the simple, middle-class Gujarati girl from the show Ye Meri Life Hai (2003) to the short film Sexoholic has shocked everyone. Apart from a few television shows, the actress appeared in Bollywood films Mann (Kamini), Dhoom Dhadaka (Jiya) and Prem Aggan (Pooja). The actress is engaged to her boyfriend, who is an American based businessman, James Milliron. She is active on social media and has been sharing 'bold' pictures from her photoshoot and also pictures from other events, with catchy captions with hashtag AbDilKiSun that has made people talking!

Shama has taken social media by storm yet again by sharing super hot picture! In the picture, the actress is seen striking a sensuous pose, wearing a black fishnet monokini. Take a look at the bold pictures of the actress.

Shama Turns Up The Heat In A Black Fishnet Monokini

The actress looks stunning in a re-coloured dress. She captioned the picture, "Each of us is a story, waiting for a devoted reader who will take us off the shelf and embrace all our plot twists....#abdilkisunn."

Sharing this monochrome picture, the actress wrote, "Above all be true to yourself and if you cannot put your heart into it, take yourself out of it...#abdilkisunn."

Shama looks super hot in this picture! The actress captioned the picture, "Everything we hear is an opinion, not a fact. Everything we see is a perspective, not the Truth....#abdilkisunn."

Sharing the green bikini picture, the actress wrote, "Be nice to yourself, it's hard to be happy when someone is mean to you all the time. Thank your body ur mind and soul for doing everything it did so far for you and what amazing things it's going to do for you in coming future . Stop criticizing urself so much, for a change just give a pat on ur back and say hey thanks for being so good ....#abdilkisunn." 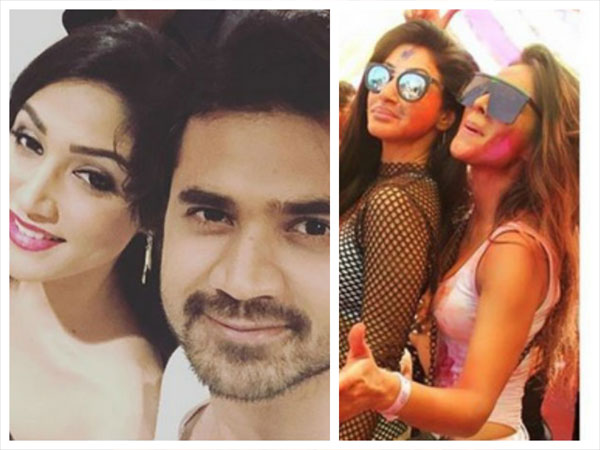 Most Read: Nia Sharma Is The Only Love Of My Life Says Reyhna On Being Blamed For Donal-Prateek's Break-Up!