Shilpa Shinde was one of the reasons for Bigg Boss 11 to become a hit, thanks to her fights with her inmates Vikas Gupta and Hina Khan. The Bhabhi Ji Ghar Par Hain actress won hearts with her caring nature in the house. She was also seen cooking food for her inmates, which also impressed fans. All these qualities made her Bigg Boss 11 winner. In season 12, Dipika Kakkar bagged the trophy. But as compared to Season 11, Season 12 didn't click among audiences.

Recently, Colors asked viewers as to who would they think would win the show if Shilpa Shinde and Dipika were in the same season. When Shilpa was asked about the tweet, she replied that Dipika had copied her. She also revealed as to why Season 12 didn't click among the viewers. Read on to know what she has to say!

Colors shared a post on Twitter and asked fans, "All you #BiggBoss fans, here's a tricky question for you! If #ShilpaShinde and @ms_dipika were in the same season of #BiggBoss, who do you think would have won? #BB13 Tweet using #BB13War and let us know! :)" - (sic)

This tweet created a fight among Dipika and Shilpa's fans as they took their respective idols' side. A few fans even felt that Colors was using Shilpa Shinde to promote Bigg Boss 13.

When IWMBuzz asked Shilpa about the same, she said, "It feels good to be loved. I was always honest inside the house, and would urge the new season inmates to be the same. Also, if you realize that you have made a mistake, be bold enough to admit it."

Regarding the comparison between her and Dipika, Shilpa said, "Well, good question, but even if she does win, it is OK, for she copied me during her stay, and as they say, imitation is the best form of flattery."

When asked as to why Season 12 didn't work, Shilpa said that the success of their avatar had raised the bar. She added that things tend to go awry when too many expectations are stacked.

'A Few Contestants Were Scared Of Their Public Image To Let Go!'

Shilpa also feels that a few contestants (like Karanvir Bohra and Srishty Rode) were too scared of their public image to let go, which was also another reason for the failure of the previous season.

The actress defended the exclusion of commoners from the new season because the experience of the past three seasons had indicated bonding issues with known celebs. She added, "There were also reports suggesting that most commoners were actually struggling actors. So that was going against the very grain of the concept." 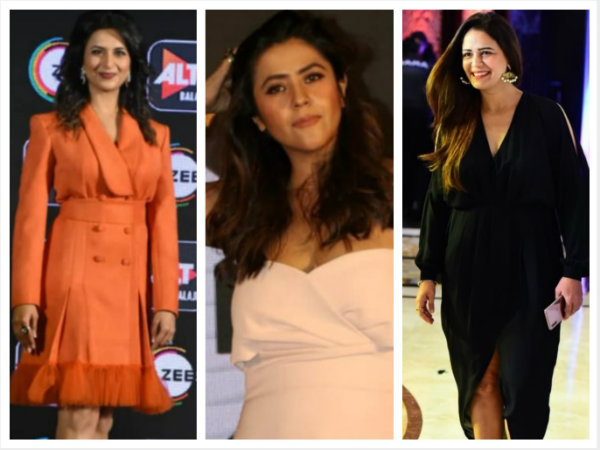