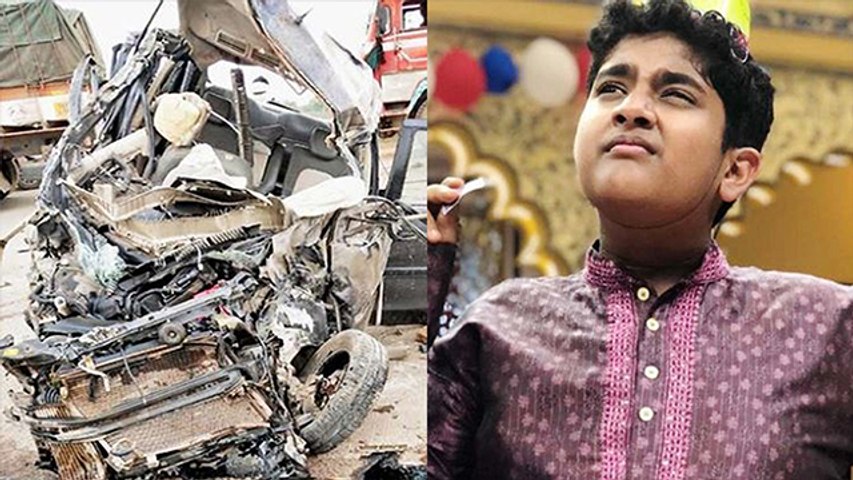 Sasural Simar Ka's child actor Shivlekh Singh's death has shocked the industry and fans! The 14-year-old actor died in a car accident on July 18 after the vehicle he was travelling in was hit by a speeding truck. Apparently, he was returning with his parents from Bilaspur. His parents and driver were injured and are out of danger but Shivlek died on the spot. The actor's father was shattered and spoke to Spotboye about the tragic accident in which they lost their son. He said, "We had come to Bilaspur for some personal work, it was not media interaction (contrary to reports). We were driving back home and then it was all over."

He added, "The driver was hurt. My wife and I blanked out and when we woke up, we realised that our son was gone. I don't know what hit him, in fact, he was not even sitting in the front. We were rushed to the hospital but..." He further added that it was the truck driver's fault and he doesn't know if he has been arrested. He said, "Shivlekh was my only child."

Previously, the child actor's Agnifera co-actor Surbhi Tiwari told TOI, "I have been in touch with his maasi ever since I got the news. The family is shattered. I am unable to fathom what has happened. I cannot tell you what the family is going through right now."

"Both Lekhna (Shivlekh's mom) and her husband are in the ICU as they too suffered major injuries. Last, when I spoke to his maasi, the two had just gained consciousness, this morning, after the accident yesterday. They haven't been informed about Shivlekh's death and won't be informed till they themselves are stable. His body has been taken for postmortem last night."

Karan Godhwani, who was seen as Shivlekh's brother on Agnifera said, "I always used to take care of him on the sets when his mom wasn't around. And he used to call me and consider me as his real brother rather than reel brother."

Barkha Sengupta, who shared screen space with Shivlekh in Shrimaan Shrimati Phir Se, told TOI, "I am shocked and I don't know how to react on this. A co-star of mine called me last night and gave me this tragic news. She told me Chintu is no more, we called him Chintu as he played that role. I couldn't react for the next few minutes and I am still unable to come to terms with the news of his death. He was such a bright and cute boy. He always had a smile on his face whenever we met him. I remember he was a very good dancer and used to entertain us on the sets with his performances. I am still shocked."

Sucheta Khanna, who played his on-screen mother on Sriman Srimati, told Spotboye, "I am extremely shocked with the news. It just shows how unpredictable our lives are. He was a very talented, disciplined, well-mannered and well brought-up boy. He was excellent in electronics and technology. Whenever I faced any kind of problem in my WhatsApp or Facebook applications, he used to resolve it immediately. A bright and talented person has left the world, I would say. I am in big shock."