Shilpa Shinde became a household name with her role of Angoori Bhabhi in Bhabhiji Ghar Par Hain. Her dialogues and the way of the dialogue delivery were loved by the fans. Unfortunately, due to a huge fallout with the producer Benaifer Kohli and channel head Vikas Gupta, Shilpa stopped reporting on the show and the makers had to find a replacement for her role. It was then Shubhangi Atre was brought onboard for Shilpa's replacement. It has to be recalled that this was the second time Shubhangi was replacing Shilpa. Previously, Shubhangi had replaced Shilpa in Chidiya Ghar (Koyal's role).

Shubhangi Didn't Want To Replace Shilpa For The Second Time!

It has been three years now that the actress is playing Angoori Bhabhi successfully. However, many might not be aware that Shubhangi wasn't keen on doing the role considering the character's popularity and also because she was replacing Shilpa for the second time.

'It Was Just A Coincidence!'

In an interview to HT, the actress revealed, "It was just a coincidence. But, I didn't want to replace Shilpa for the second time." Then who made her take up the role?

Who Made Shubhangi Do BGPH?

Well, the actress reveals that it was her daughter Ashi who made her rethink about the opportunity before passing it off. The actress revealed, "I wasn't scared to play the part, which was already so popular among the audience, but had inhibitions that if something goes wrong then the character's impact might get affected."

The actress says that confidence and sincerity are the main elements to stay long and be successful in the television industry. She credits the same to her mother. She said, "My mum always taught me that 'whatever work you do in life, even if it is cleaning the floor, do it with utmost honesty and dedication and you will see true results. Then, nobody can stop you from being successful'." 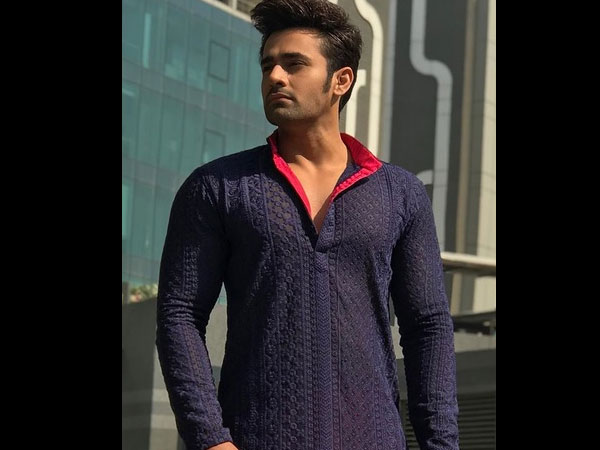 Most Read: Pearl V Puri's Parents Stopped Talking To Him While He Was Struggling In Mumbai; He Had No Money!