Kunal Jaisingh, who started his career with Mann Kee Awaaz Pratigya in which he played a mute guy, became popular with his role of Omkara in Ishqbaaz. The actor's bond with the other two actors - Nakuul Mehta and Leenesh Mattoo (Oberoi brothers) - kept the viewers hooked to the show. Post Ishqbaaz, Kunal was seen in Silsila Badalte Rishton Ka Season 2. He played the role of Ruhaan on Silsila and fans loved his jodi with co-star Tejasswi Prakash (who was seen as Mishti). Kunal is celebrating his birthday today (July 29). His co-stars from Ishqbaaz and Silsila took to social media to wish the actor on the special day.

Looks like Kunal and his wife Bharti Kumar hosted a party, which was attended by Tejasswi Prakash and Rohan Gandotra. The actors shared pictures from the birthday bash. Tejasswi captioned a picture snapped with Rohan, Kunal and his wife, "Happy birthday @kunaljaisingh 💃🏻💃🏻 Thank you for all the fun @bharati_k you're the sweetest 😘😘😘." - (sic)

Nakuul Wishes His Comrade Kunal On His Birthday

Kunal's Ishqbaaz co-star Nakuul Mehta shared a mirror-selfie and captioned it, "Happy birthday comrade @kunaljaisingh May we continue to look forward together and create lives of value, warmth and love. - (sic)

Leenesh Mattoo, who played Kunal's brother Rudra in Ishqbaaz, shared a picture in which he and Kunal were seen wearing black t-shirts with ‘The Oberoi Brothers' caption on it, and wrote, "Happy birthday kunnu @kunaljaisingh." - (sic) 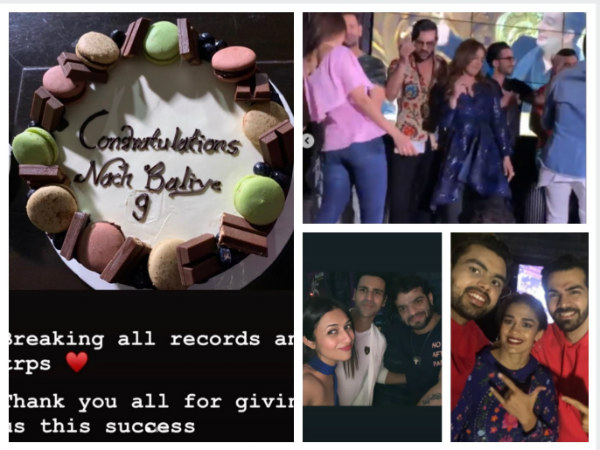 Most Read: Nach Baliye 9 Team Had A Blast At The Success Party; Raveena Tandon Dances With Contestants (PICS)