Kasam Tere Pyar Ki actor Ssharad Malhotra surprised the fans by announcing his wedding! The actor is all set to tie the knot with the Delhi-based designer, Ripci Bhatia, who was introduced by his sister (who is also a designer). He had revealed that the fear of marriage brought them closer! Recently, the couple shared pictures in which they were seen seeking the blessings of God and expressed their love for each other. The actor had revealed that they will be getting married in the third week of April.

Apparently, the preparations for the big-fat Punjabi wedding are already on in full swing. The wedding preparations began with a puja at Ssharad's residence in Kolkata. Read on to know more about Ssharad and Ripci's wedding. Also, check out what the actor's ex Pooja Bisht has to say about his wedding.

As per Spotboye report, the wedding will be held on April 20, 2019. It will be a four-day-long grand wedding at JW Marriot, Juhu. The wedding festivities will begin from April 18 that will include haldi, mehendi and sangeet ceremonies. On April 20, the couple will first marry in a gurudwara and later in the evening, they will be taking pheras.

Ssharad Says He Is A Bit Nervous!

Ssharad was quoted by Mid-day as saying, "I am a bit nervous, but that's obvious. In the last 12 years, I have got married seven or eight times on screen, but this is going to be real. So, I'd say, I am more excited now (laughs). My parents are also very happy. What more could I ask for? My mother and sister have already started planning for the functions."

There Will Be Dholwallahs; Top Line-Up Of Djs Have Been Arranged

"Since Ripci is a Sikhni, there will be dholwallahs playing at our wedding. I have also arranged for a top line-up of DJs, one of whom is a friend from Kolkata. My mom, dad, sister and brother-in-law will all shake a leg that day. Friends from the TV fraternity will definitely be a part of my wedding functions in Mumbai."

He further added that the reception will be an English-themed one! He added that Ripci's simplicity attracted him the most. He further added, "She never asked any question about my past relationships. Ripci is beautiful, independent and the most level-headed person I have ever met. Given our work schedule, timing is always a matter of concern, which leads to a lot of problems. I am glad Ripci understands the daily grind of an actor."

When asked whether he has chosen any special gift for Ripsi, he said, "I am the best gift for her (laughs)." Regarding honeymoon plans, he said, "While I love the hills, Ripci loves the sea. So, we are yet to finalise our honeymoon destination (laughs). After the wedding, I'll be back to work. Maybe, we will plan something in the next few months."

Pooja Says She Has Wasted Enough Time On Ssharad!

When his ex-love Pooja Bisht was asked about his wedding, she told Spotboye, "I don't want to talk about it. Wasted enough time on Ssharad, don't want to waste more." 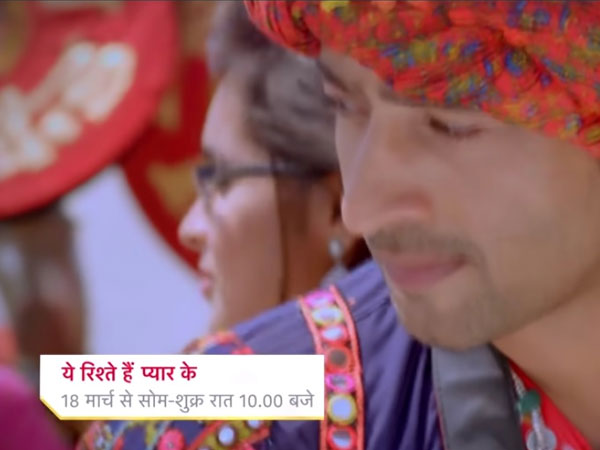