Kasam Tere Pyar Ki actor Ssharad Malhotra surprised his fans by announcing that he is all set to get married to Delhi-based designer, Ripci Bhatia. Apparently, Ripci was introduced to Ssharad by his sister, who is also a designer. He had revealed that the fear of marriage brought them closer. Ssharad was all praises for his ladylove. The actor had revealed that they are getting married in the third week of April. The wedding preparations for the big-fat Punjabi wedding are on in full-swing.

A few pictures of Ssharad and Ripci's wedding cards are doing the rounds on social media. The card has a floral theme. It has the shades of pastel green.

Wedding Festivities Will Begin From April 18

The wedding card looks elegant and the front side of the card has the logo of Ssharad and Ripci's initials. The wedding festivities - mehendi, haldi and sangeet ceremonies will begin from April 18, 2019.

As we revealed earlier and as per the invite, the couple will exchange rings on April 19, while the wedding ceremony will be on April 20, in Mumbai. The couple has also planned to host a grand reception in Kolkata, which is Ssharad's hometown on May 3, 2019. (Image Source: Instagram)

It is also being said that on April 20, the couple will first marry in a gurudwara and later in the evening, they will be taking pheras. Ssharad had already revealed that there will be dholwallahs playing at their wedding and he has also arranged for a top line-up of DJs, one of whom is a friend from Kolkata.

The actor had told the leading daily, "My mom, dad, sister and brother-in-law will all shake a leg that day. Friends from the TV fraternity will definitely be a part of my wedding functions in Mumbai." He had also revealed that the reception will be an English-themed one! 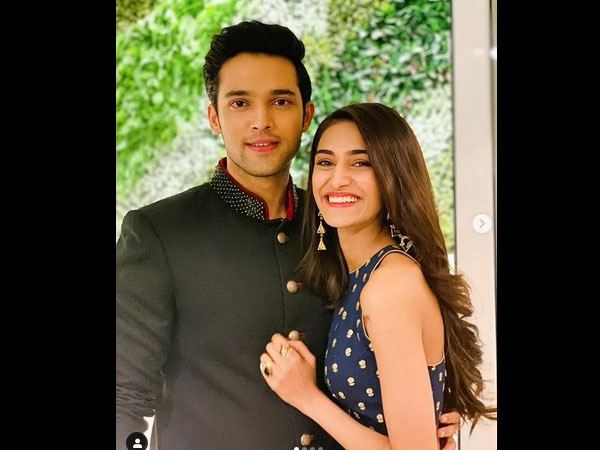 Most Read: Erica Fernandes Has THIS To Say About Dating Rumours With Parth Samthaan!