Ssharad Malhotra, who is currently seen in Star Bharat's show Muskaan is all set to get hitched with Ripci Bhatia, who is a Delhi-based designer, today (April 20, 2019) in Mumbai. The pre-wedding festivities - mehendi, sangeet and engagement ceremonies were held yesterday April 19, 2019. As per the pictures and videos doing the rounds on social media, the couple looked adorable together as they were seen dancing their heart out at all their pre-wedding ceremonies.

At the sangeet, Sharad donned maroon bandhgala jacket with pants, and Ripci wore a rose gold coloured ensemble. The couple was seen dancing their heart out at the sangeet ceremony.

Ssharad and Ripci looked like a royal couple. They were also seen posing for media. The couple was seen exchanging rings at the ceremony.

Adaa Posing With Shashank & Others

Kratika shared a few pictures and congratulated Ssharad and Ripci on social media. She wrote, "Wishing @sharadmalhotra009 & Ripci a beautiful journey together filled with lots of love and joy ❤️" - (sic) 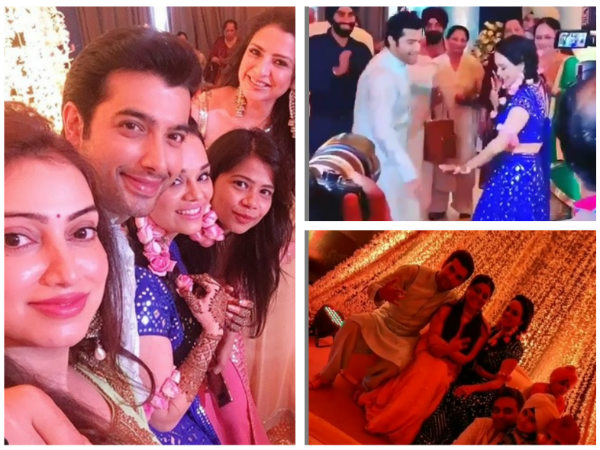 Most Read: Ssharad Malhotra & Ripci Dance Their Heart Out At Mehendi Ceremony: Inside Pictures & Videos