Surbhi Chandna and Vikas Gupta are always treating their fans to cute pictures and videos on social media. In the latest video shared by Vikas on his Instagram, Surbhi asks him if he will marry her! Fans are going 'aww' after watching this adorable video.

Vikas posted a totally cute TikTok video on Instagram with his buddy Surbhi. She asks Vikas if he will marry her, to which Vikas asks, 'Why?' Surbhi replies, 'So we could eat wedding cakes!' Vikas asks, 'Is it chocolate cake?' Surbhi says to this, 'Who cares? It's this big and it's got frosting!'

This is not the first time the two made adorable videos. Some time back, Vikas had shared a video which was Surbhi's TikTok debut. Check it out -

When your friend do something for you, what she never did before. #SurbhiChandna’s tiktok debut 😝 मेरी #BaimatlabKiDost. Finding friend with same mental disorder as you is priceless. Watch me on #biggboss only on @colorstv and anytime on @voot. #vikasgupta #vikasinbb13 #biggboss13 #lostsouls #surbhichandna #keepmovingforward

Surbhi Chandna is a popular television actress who is well known for her roles in Ishqbaaz, Dil Boley Oberoi and Sanjivani. Many view her as the 'darling' of Indian television world. She was declared as the number one TV personality in 2019 by Biz Asiz. She was grateful for all the love and support from her fans, as she took to her social media to thank them.

Vikas Gupta recently exited from Bigg Boss 13. The actor jetted off to Thailand for a vacation with his friends Ekta Kapoor, Karishma Tanna and Radhika Pandit, to ring in the New Year. 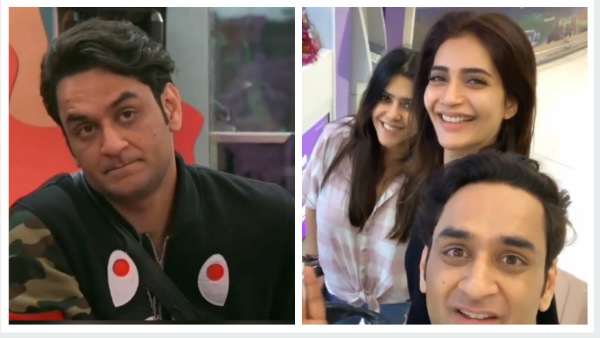