Sony TV's The Kapil Sharma Show is doing well on the TRP chart. Recently, the TKSS team was on cloud nine as the show bagged six awards at the Indian Television Academy (ITA) Awards 2019. Although the show has been making viewers laugh, a few of them are not happy with Kapil Sharma's constant jibes at Archana Puran Singh. Though Archana and Kapil share a great bond, netizens were not happy with the host's jokes at Archana and lashed at him for making fun of her. It has to be recalled that Archana replaced Navjot Singh Sidhu. Read on to know what exactly happened!

In the recent episode that included Pagalpanti cast - John Abraham, Anil Kapoor, Urvashi Rautela and Arshad Warsi, Kapil took a dig at Archana's clothes. A section of viewers didn't like him commenting on Archana's physique and her replacing Sidhu. They asked Kapil to mind his words and to not mock the lady. Take a look at a few tweets.

"@KapilSharmaK9 should look at his tummy first before commenting on #ArchanaPuranSingh 's physique Drunken moron #tkss."

"Dear @KapilSharmaK9 & Team (@kikusharda, @Krushna_KAS) it's a humble request please stop making disgusting fun of @apshaha #Archanapuransingh . Give her some respect, she is the Judge, not a character in the show. Comedy is OK. But insulting, demeaning over her physique, not OK."

"I feel embarrassed for the audience in #TheKapilSharmaShow - they get humiliated without even realising. There's fat shaming, the celebrity guests laugh at them. It's not even funny."

"Dear @KapilSharmaK9 it's a humble request please give some respect to @apshaha #ArchanaPuranSingh I know its comedy but the way u comment on her it looks so bad मन ऊठ जाता है please it's a request I don't think she gets paid to listen your insults @SonyTV."

"I committed a sin by staying glued to the TV for 5mins, just to watch John Abraham on Kapil Sharma's show, bt these degraded humans are still garnering TRPs by shaming and joking abt ArchanaPuranSingh's physique on that show. It is 2019, where is the intellect, how is this Okay?" 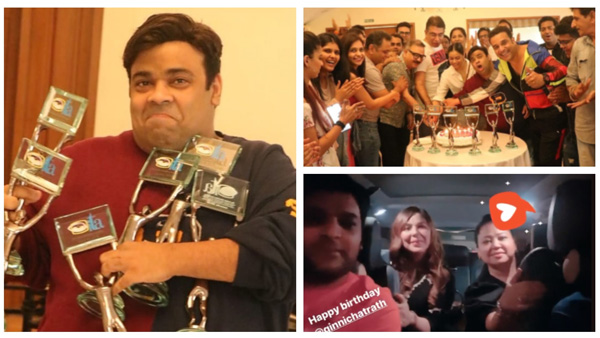