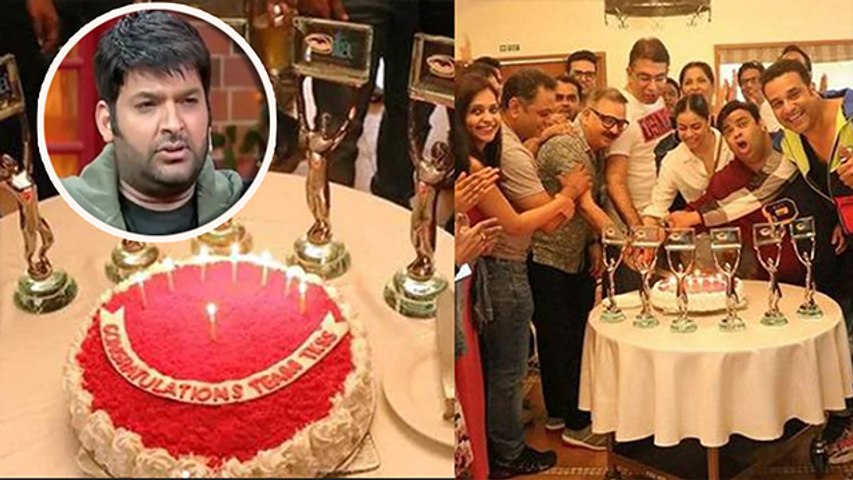 The Kapil Sharma Show is one of the top shows on the TRP chart. It has been receiving immense love from audiences. A month ago, the team celebrated the show's success. The TKSS team is on cloud nine as the show bagged, not one, but six awards (in eight categories) at the recently-held Indian Television Academy (ITA) Awards. Krushna Abhishek and Kiku Sharda shared pictures and expressed their happiness. But, Bharti Singh and Kapil Sharma were missing from the party. Well, we know where the duo was. Read on to know more!

Krushna shared a picture with his team and captioned it, "Celebration of our awards of t k s s 🎉with the whole team of t k s s thx Banijay and Salman khan productions for every thing Deepak sir Rishi sir and Nadeem Bhai u guys r the best hv ever worked with 💕love u all @banijayasia @tkss."

Kiku Shardha With The Awards

He also shared another picture and captioned it, "As an actor I try and execute the Superlative Writing to the best of my ability. Thanks @bharat_shutterlust @vanky1 @anukalpgoswami and all the other brilliant talents who have ever written for me. Thanks again 🤗."

For those who are wondering where Kapil Sharma was during the celebration, we assume that he was busy with his wife Ginni Chatrath, as it was her birthday. Sharing an adorable picture, the comedian wished his wife and wrote, "Happy bday my best friend @ginnichatrath 🎂n now soon to be my baby's mother 😍 lots of love n blessings 🤗thank u so much for everything ❤️😇 #happybirthday #love #celebrations #cake 🎁🍦🎈🎂🎈🧿."

Kapil also shared a few videos in which he, Ginni, Bharti Singh and Mika Singh were apparently on the way for dinner to ring in Ginni's birthday. In another video, Ginni was seen cutting a cake as the group cheered and wished her.