Divyanka Tripathi is one of the popular actresses on television. The actress became household name with her debut show Dulhan in which she was paired opposite Ssharad Malhotra. The duo dated for few years, but moved on later. The actress then bagged Yeh Hai Mohabbatein, in which she is seen playing the role of Dr Ishita Bhalla. Fans loved her chemistry with Karan Patel (Raman Bhalla). In 2015, the actress was linked with Karan (who is married to Ankita Bhargava) and also another actor of the show Vivek Dahiya (before she got married to him).

In an interview with Asian Age, the actress revealed how he dealt with these link-up rumours! Read on!

On Her Link-up With Karan Patel

When asked whether she was shocked as she was linked to Karan Patel, the actress said, "I don't pay attention to these things but it's strange that my fans want to see him with me. We're professionals who take our work very seriously."

"Moreover, he's a married man now and we don't share any such vibes at all. It's funny how people want us to be together just because they love our on screen chemistry. Karan and I just laugh these things off."

On Her Link-up With Vivek Dahiya

She was also linked to Vivek Dahiya, who played the police (Abhishek) on the show. When asked whether such talks upsets her, she said, "There are group of haters who always try to malign my image. They question my character and make all kinds of false announcements. It hurts because they assume things and without any proof in hand."

"There are always people making up stories and that really upsets me. I don't wish to curse anyone. I just feel bad when women especially try to sabotage the image of another woman."

How She Deals With Haters?

So, how does she calm down during such times? The actress revealed, "I look for good people around me and talk to them. These haters are too less in number when compared to the millions who support me. I look at all those beautiful people who always stand by me. I respect them and they equally respect me. So the love keeps me going." 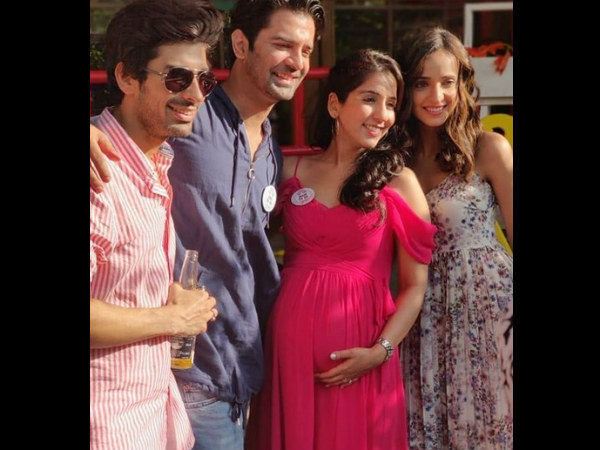