It's official now! Yeh Hai Mohabbatein will be going off air and it's spin-off, Yeh Hai Chahatein will be replacing it at 10.30 PM. Recently, the makers released the promo of the new show in which Divyanka Tripathi (Ishita) and Karan Patel (Raman) were seen introducing the female lead, Sargun Kaur (Prisha).

In the promo, Ishita asks Raman whether he would have accepted her if Ruhi was her daughter. Initially, Raman teases Ishita, but later says 'yes'. Raman then tells Ishita that he knows that she is worried about her 'bhanji' Prisha. Ishita tells him, "Pata nahi kab Prisha ko uska Ravan Kumar (that's how she teases Raman) milega." It is then shown that Prisha is a single mother.


Like Yeh Hai Mohabbatein, Yeh Hai Chahatein too deals with a social cause. As Ekta Kapoor bid goodbye to YHM, she revealed YHC's theme. Sharing the promo, the producer wrote, "As we bid adieu to the very successful predecessor Yeh Hai Mohabbatein, it's time to welcome Ishima's niece in Yeh Hai Chahatein. We have seen lots of stories till now, but this one is going to be even more special."

From the makers of Yeh Hai Mohabbatein, a story that will tug at your heart! #YeHaiChahatein, Coming soon only on StarPlus. @divyankatripathidahiya @karan9198 @sargun_kaur.luthra

She further wrote, "When I started Yeh Hai Mohabbatein I remember going to Gaurav Banerjee from Star Plus and asking him for a non prime time slot because I wanted to do a show on a social issue. I had stopped doing much television and I wanted to make YHM without d trappings of a TRP driven show."

"A show about a woman who cannot have children , a stepmother who according to Indian terms is considered bad ! Words in india like barren n evil stepmother got used so often and labelled women in d worst poss way. This show got so much love that it went on for six years."

Ekta concluded, "And from a non prime time slot to a prime time slot. Yeh Hai Chahatein deals with another social issue. It's said often that it's easier for men with children to get married again, but very tough for a woman with a child to find a suitable groom. Let's see if ishita's niece will be able to be an outstanding mother and still live out an unbelievable love story . starplus... From the makers of Yeh Hai Mohabbatein, a story that will tug at your heart! #YeHaiChahatein, Coming soon only on StarPlus." 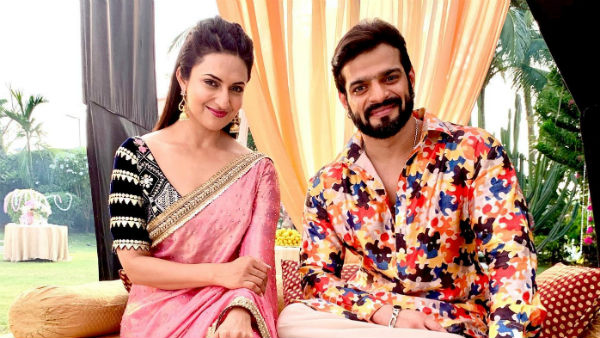