Parul Chauhan, who played the role of Suwarna - Kartik's mother and Naira's mother-in-law on Star Plus' popular show, Yeh Rishta Kya Kehlata Hai, surprised the viewers by quitting the show. The actress has not been seen on the show since January 2019. Parul revealed that she didn't want to play the role of grandmother at this point of her career and hence quit the show. It was said that her co-actors were not aware of her quitting the show, even Rajan Shahi, who she calls father-figure, wasn't aware of what's going on in her mind! Everyone was shocked with Parul's decision.

Now, we hear that Kumkum and Saat Phere actress Niyati Joshi has been roped in to play the role of Suwarna and will be replacing Parul on the show. Apparently, Niyati will start shooting in next 10-15days. Read on to know more!

Niyati was quoted by TOI as saying, "Yes, I will be playing the role of Swarna on Yeh Rishta... I am very happy to be part of this show. Yeh Rishta Kya Kehlata Hai has been on-air since last 10 years and to be a part of the show is like a very big move for me. I know what I am getting into because I am replacing someone and it is not going to be an easy task. But, I am hopeful that the audience will accept me."

Is The Actress Ready For Comparison?

When asked if she is ready for comparison and if there is any pressure, she said, "The pressure is going to be there, but I am ready to face the challenge. The advantage that I feel I will have is that Swarna's character has been missing for last 2/3 months so I think it would be easy to make my way in to the viewers' hearts."

Niyati says that she doesn't mind playing grandmother. She added, "I am pretty cool with the idea as I have seen the show and the role of Suwarna is not shown old with grey hair and big glasses. I don't mind playing a grandmother on-screen."

Meanwhile, it is being said that Parul has upset the producer of the show Rajan Shahi with her decision of quitting. According to Spotboye report, the actress did not report on the sets on certain occasions when she was required.

Parul Was Asked To Leave Immediately!

Apparently, when Parul told the production team that she would like to serve her 1-month notice period, she was asked to leave immediately. She had informed the team that she would report on the sets, but she got a message that according to Spotboye said, "Notice Period? No Parul, please don't come anymore." 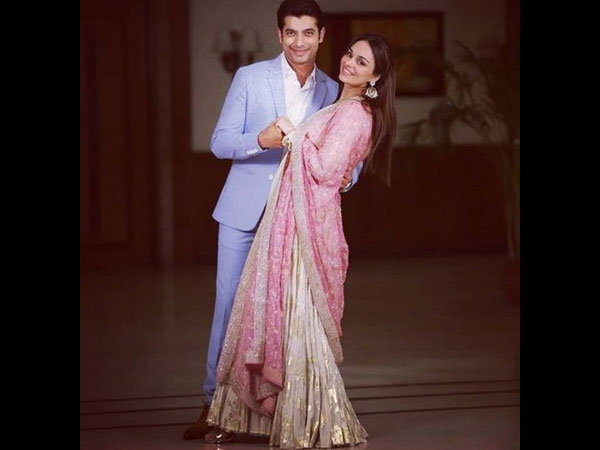 Most Read: Ssharad Malhotra-Ripci's Roka Picture Out; Sharad Friends Tease Him If He Will Be A Runaway Groom!