The makers of Yeh Rishta Kya Kehlata Hai have been keeping the viewers glued to the show with the latest twists and turns. As the viewers As the viewers are aware, Naira is angry with Kartik and refuses to accept Kartik's apology. Gayatri learns Naira's annoying behaviour towards Kartika and plans to reunite them. As the Singhania family prepare for Holi, Kartik arrives and apologises to Naira, but in vain. Kaveri suggests that they should spike their special drink on Holi to give Kartik an opportunity to speak to Naira. Take a look at the upcoming twists on the show!

As per the latest spoiler, Naira slips and falls into a river. Kartik rescues her on time. Apparently, Naira's memory is back and the duo will be seen enjoying Holi.

There are also reports that Kartik will marry Naira by applying colour in her maang. Both Kartik and Naira will be seen dancing to Alia Bhatt's Kalank song, ‘Ghar more pardesiya' as they play with colours!

Naira and Kartik's romantic moves and their sizzling chemistry in the video are making the viewers want for more! They are eagerly waiting for the KaIra's milan.

Rituraj Singh To Enter The Show

Also, as per the latest report, Rituraj Singh will be entering the show. He will be seen playing the role of Swati Chitnis' younger brother. Apparently, there will be something weird about this person and his behaviour. It has to be seen whether his entry.

A source was quoted by an entertainment portal as saying, "Rituraj will play the role of Puru Mama, a colorful, happy-go-lucky guy. He has always been supportive of Kartik's family. He will come down to be with the family for the wedding of Kartik and Naira." 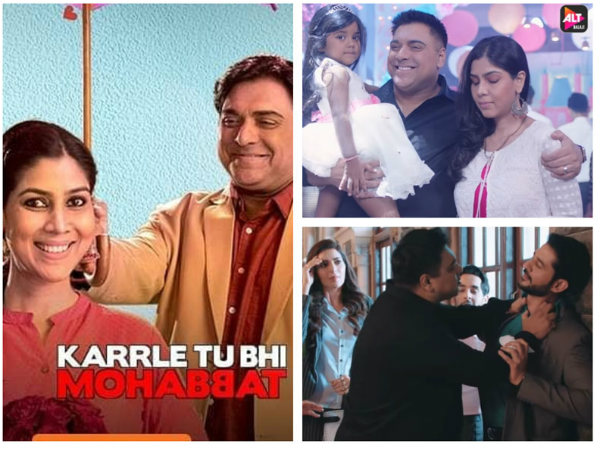 Most Read: Sakshi & Ram Are Back With Karrle Tu Bhi Mohabbat 3; The Trailer Leaves You Wanting For More!