The much-awaited show, Yeh Rishtey Hain Pyaar Ke (Yeh Rishta Kya Kehlata Hai's spin-off) that features Shaheer Sheikh, Rhea Sharma, Kaveri Priyam and Ritvik Arora in the lead roles, was aired today (18 March). The show starts off with Mishti and Kuhu's fight as they are on the way to the Kutch festival. On their way, they meet Abir his brother Kunal and sister Ketki, which give their journey a new direction! Mishti and Kuhu take the same bus in which Abir and Ketki would be travelling (but both are unaware of it). Mishti doesn't get seat in the bus and she sits on top of the bus, where she meets Abir. Both Mishti and Abir share bad past (their fathers would have them when they were kids).

Ketki runs away from her house as she doesn't want to get married to a person whom she hadn't met or knows. When she asks Mishti and Kuhu's help, Mishti tries to make her understand that it is wrong to run away from home, while Kuhu asks her to not to give lecture. Abir and Kunal try to search Ketki on their mother's advice.

Fans are impressed with the concept of the show and already in love with Abir and Kuhu's jodi! The show is already trending on Twitter.

@iamMiraDevi : Had a wonderful time watching the first episode. Now i am looking forward to the next one. #YehRishteyHainPyaarKe. - (sic)

Chittushankar: The first episode was awesome. #YehRishteyHainPyaarKe the introduction was not less than a movie. - (sic)

Palash Karmakar: The concept of this #YehRishteyHainPyaarKe show was truly so amazing. Outstanding start to this new show on @StarPlus. - (sic)

"WOWW😍 WHAT A BLOCKBUSTER EPISODE!🤩 I fell in love with u all ovr again @Shaheer_S ❤️ Abir is so charming & full of life & I'm so eager to see his various shades🥰 Both Abir & Mishti are interesting in their own ways. It's going to be super fun to watch their story unfold! #YRHPK." - (sic)

"As expected the 1st epi of #YehRishteyHainPyaarKe began with a bang! From Mishti-Kuhu's fun banter to Abir's introduction(God knows how many times I'm gonna rewatch it now 🙈 )to Kunal-Abir's bonding everything set the base of the story. @Shaheer_S is dripping hotness as Abir ❤"- (sic)

"#YehRishteyHainPyaarKe Totally love yje concept of this show and it has some bunch of amazing actors too. Outstanding start to this new show on @StarPlus." - (sic)

"From the very first scene of #YehRishteyHainPyaarKe, it got me hooked because of its unique storyline. Thanks @StarPlus for bringing this show." - (sic) 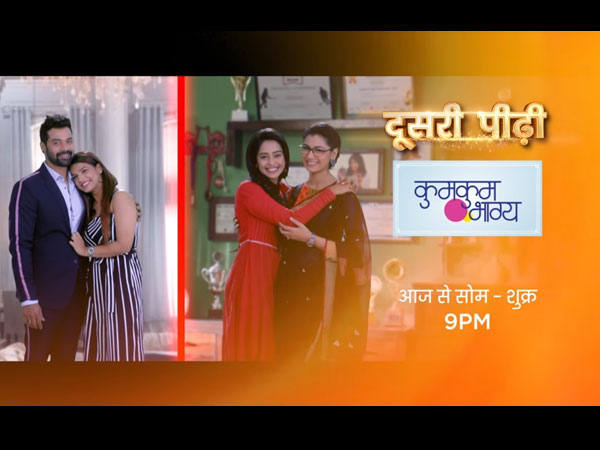