Hina Khan, who became a household name with her role of Akshara in Yeh Rishta Kya Kehlata Hai, walked the Cannes Film Festival 2019. It was a proud moment for her fans, family and the industry. As per a Spotboye report, Hina's on screen daughter, Naira aka Shivangi Joshi will be making her debut this year!

Apparently, Shivangi will be making her debut on the big screen with the film titled Our Own Sky, which is a love story. The movie will also star south actress Asifa Haque, and Aditya Khurana.

The producer of the film, Mohammed Nagaman Lateef revealed the reason behind roping the actress for the project and said, "I roped in Shivangi Joshi for the film as besides her, I didn't find anyone who is capable enough to hold this role. I have already worked with many experienced actors so I wanted to go with someone new. Shivangi has not done much when it comes to music albums or commercials. So this film will give her the opportunity to come out of her daily soap space."

Shivangi's fans took to social media to congratulate her. Take a look at a few fan comments!

@2mahira: @shivangijoshi10 congratulations girl. Its huge really huge. I am so genuinely happy for you💗❤️ More power to you❤️ Rock the Cannes red carpet. And all the best for your short film #ShivangiJoshi.

Fari: I'm so so happy for Shivi.. She surely deserves this.. Her hardwork is getting recognized..😍😍❤❤👏 @shivangijoshi10. Congratulations girl..🎊🎊 Keep Shining..😘 a#ShivangiJoshi.

Andy: Congrats baby. I feel so proud it's like I have seen all ur journey from doon to cannes❤ I m sure u are made for even bigger things. Nothing can replace hard work and true passion. Thank u for teaching me this. #ShivangiJoshi. 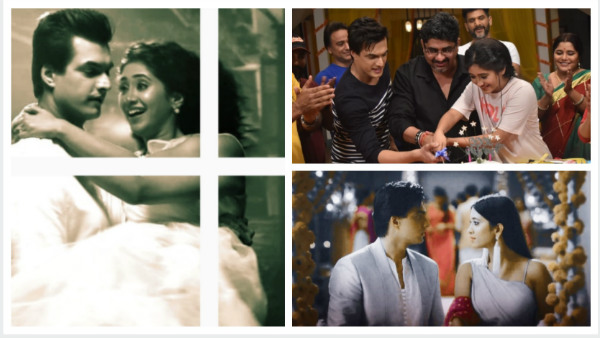