Ankita Lokhande took to her Instagram handle to respond to Shibani Dandekar's comment on how she was trying to get two seconds of fame by participating in Rhea Chakraborty's witch hunt.

Ankita talked about how the '2 second fame' remark seemed to be a way to put her down as she comes from the background of television acting. She asserted that her only intention is to seek justice for the late Sushant Singh Rajput, whom she had dated, and asked Shibani to stop looking down upon tv actors.

In a lengthy post, Ankita said, "I have been an ACTOR in Television & Bollywood for the past 17 years & now, when I am trying to support justice for my late friend, a view has been expressed that I am seeking JUSTICE because I need 2 seconds of fame and cheap publicity! I cannot fathom as to why any person would take such a stand. Is it because I have worked mostly on television and not in Bollywood? Is that why you would take a stand for the person with whom you have had a relationship for almost a decade?"

She added, "Stop looking down on we television actors, if that was your reason for describing my words as 'GROTESQUE' . It takes an equal amount of hard work and dedication for the actors in the television industry as it would take in Bollywood. I am proud to be a television actor. And if not for anything, I shall always raise my voice for the people I love and care about."

Sushant was found dead in his apartment on June 14. It is suspected to be a case of suicide. Meanwhile, investigation of his death is being continued by the CBI.

Rhea, who was Sushant's girlfriend, has been arrested on charges of financing, aiding and procuring drugs on behalf of the late actor. Many celebrities have slammed what they call a media-trial, witch-hunt and vilification of Rhea. 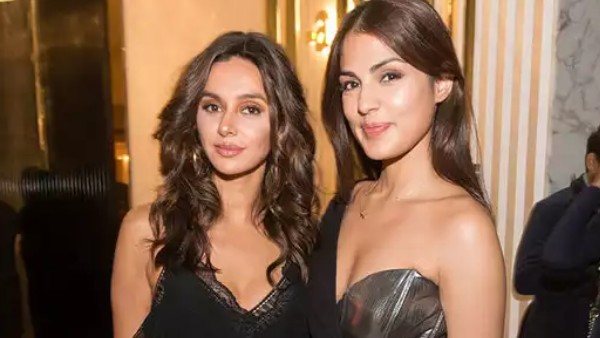