Arshi Khan was one of the controversial contestants in Bigg Boss 11 house. The actress had grabbed headlines even after the show was over. She has been quite busy these days. When asked what kept her busy in the last few months, Arshi told TOI that her family and household chores kept her busy. Since Bigg Boss 14 is around the corner, Arshi was asked if she would like to enter the Bigg Boss house, to which the actress said that she doesn't want to enter the house as a guest and also added that she wants to break away from her Bigg Boss image.


She feels to sustain in the industry one has to work hard and keep trying new things. She further said, "People loved me a lot after Bigg Boss and I am thankful for that. After that show, I did so many shows and events, and one needs to keep doing that. Like Nora Fatehi has done. You will have to keep working."

It has to be recalled that Arshi grabbed the headlines because of her on and off friendship with Shilpa Shinde and Vikas Gupta. Recently, in an interview with a portal, she spoke about her fallout with Vikas and said that she has let bygones be bygones and moved on. Arshi thought that Vikas replaced her in Khatron Ke Khiladi as she had heard that he takes work away from people. She had later blocked him everywhere, which was her initiative. But after she realised that it was not what she thought, she spoke and clarified everything. They are cordial now. 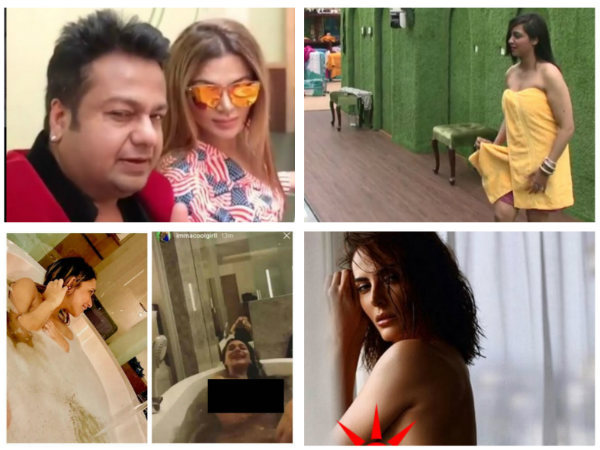