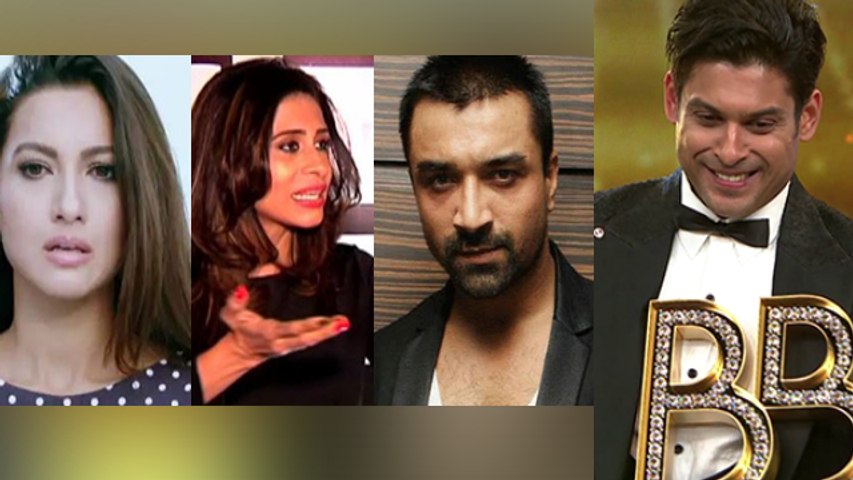 The grand finale of Bigg Boss 13 was held yesterday (February 14). Shehnaz Gill was the second runner-up, while Asim was declared the first runner-up. The most controversial contestant of this season, Sidharth Shukla bagged the Bigg Boss 13 trophy. While Sidharth's fans were happy with the actor's win and trended #SidharthShuklaForTheWin, #CongratulationsSid, #SidHearts and #BBWinnerSid; Asim's fans were extremely upset as they felt the Kashmiri model deserved to win the show and trended #FixedWinnerSidharth, #MyWinnerAsim, #AsimDeservesTrophy and #BiasedBiggBoss. Take a look at a few tweets!

"All @imrealasim Fans n Supporters Around The World Just Do 1 Thing Now BOYCOTT @BeingSalmanKhan N his Upcoming Flop Projects n Aslo @BiggBoss @ColorsTV Unfollow All Of Them From Every Social media App #BiasedBiggBoss."

"Umm!The man who just won BiggBoss13 didn't get much support from his own industry! He has been heavily criticized for his disgusting behavior time and again!The same industry gave so much love to Starboy Asim! 🌟 My Winner is Asim Riaz!#AsimDeservesTrophy."

"See this is what you earn #BiasedBiggBoss because #AsimDeserveTrophy and go to hell with your damad #FixedWinnerSidharth very well done it's a curse to your channel and show @ColorsTV @Mynshashrma @EndemolShineIND."

"#FixedWinnerSidharth The trophy doesn't deserve you...Your victory was served on a platter for you.Inspite of breaking so many rules @sidharth_shukla Wasn't thrown out,Never questioned for his abusive & aggressive behavior,Infact he was given all the liberty.#BiggBoss13 ."

2. Will unsubscribe colors from my T.V. pack!

"50 lakhs khatam hone ke baad kya hoga but @sidharth_shukla 😂😂😂 trophy doesn't make you a winner. Accepting your flaws, accepting defeat, respecting people makes you a true winner!! So we all know who's the real winner ! Love you @imrealasim #MyWinnerAsim."