Asim Riaz met Himanshi Khurana in the Bigg Boss 13 house. Although Asim initially expressed his feelings for Himanshi, she stopped him by saying that she is committed. But after she got eliminated, her fiancé broke up with her. Post this, the Punjabi actress and singer re-entered the house, and expressed her feelings for Asim. Although Asim proposed her, she had asked him to take it slow, as they should know each other first to make such a big decision. Now that they are out, the duo has been open about their feelings on social media. Even her brother Umar confirmed that Asim and Himanshi are in a relationship.

‘There Was Certain Misunderstanding’

It has to be recalled that a few reports had earlier suggested that Umar was against Asim and Himanshi's relationship. He had even unfollowed Himanshi on Instagram. When Umar was asked about the same, he told Spotboye that there was certain misunderstanding. He added that Himanshi felt that he and a few followers of Asim had turned against her.

It Was Channel’s Decision To Send Himanshi To Support Asim

Umar also clarified that although he wanted to go to Bigg Boss house to support Asim, the decision of the Punjabi singer entering the glasshouse was taken by the makers.

‘Asim & Himanshi Are In A Relationship’

When asked if he was okay with Asim's love for Himanshi, Umar was quoted by the entertainment portal as saying, "I told you, I wasn't against it. Yes, Asim and Himanshi are in a relationship. And, I am happy about it. I will not oppose my brother. My happiness lies in his happiness."

Umar Has No Objection If AsiManshi Marry

When asked what his reaction would be if Himanshi and Asim decide to marry, he said, "You marry someone who understands and supports you. If Asim feels he has found that someone, I have no objection." 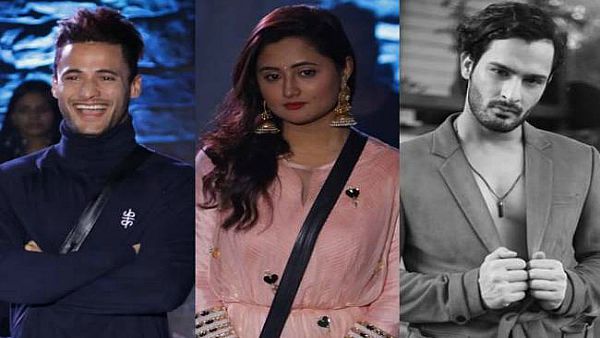 Also Read: Rashami Desai On Umar Riaz Dating Rumours: 'We Are Good Friends & We Will Always Be Just Friends'