One of the directors of the famous TV show Balika Vadhu, Ram Vriksha Gaur, selling vegetables in UP's Azamgarh district shocked many. Now, Annup Sonii, who played the role of Bhairon Singh in the show, has reacted to the same. The actor took to Twitter to express his sadness over the matter.

In his tweet, Annup revealed that his team got to know about the same and is trying to get in touch with the director.

The actor wrote, "It's sad... Our Balika Vadhu team got to know and getting in touch with him to help..."

In an interview with News 18, Annup said that a lot of people weren't aware that Ram worked for the show, as he was a second unit director. The actor said, "Actually a lot of people did not know because he worked as a second unit director. What I have understood from Balika Vadhu team is that they are trying to get his account details. He is someone who owns a house in Mumbai, he is a very positive, self-respecting guy. So, the team is talking to him and to get his account details, and the whole Balika Vadhu team has agreed that as soon as we get the account details from him, we will contribute to help him, whatever he needs, in whichever way."

He further added, "Monetary help is only what we can do, if I am actor, I can't guarantee somebody about a direction job or an acting job because that is a creative decision. The people whom he has worked with, like producers and directors they are in touch with him. That is what I have checked with them and also offered them that let me know whatever monetary help I can do."

For the uninitiated, Ram had revealed that he decided to take up his father's business and started selling vegetables on a handcart. He had also said that he has no regrets for doing so. 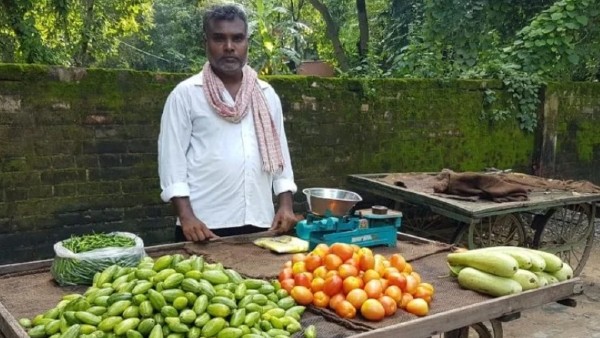 Also Read: Balika Vadhu Director Sells Vegetables In UP; Says He's Familiar With This Business & Has No Regrets