Ekta Kapoor has brought a huge wave across all formats of media consumption with her path-breaking content and has impacted the masses of all age groups. The content czarina has also broken taboos over the years with daily soaps like Kyunki Saas Bhi Kabhi Bahu Thi and Kkusum which were different and continue to be a trailblazer with her choices which truly makes her a force to reckon with!

The three-format queen of Bollywood thought much ahead of time in the early 2000s and started her journey making the perfect use of her reach and wide popularity.

Talking about her journey, Ekta shares, "Life happened to me, I think," on having a flash on what an entire transition the producer has bought through after almost a month of receiving the Padma Shri award, India's fourth-highest civilian award. Ekta surely deserved it.

After bringing a storm in the television industry, the content czarina stepped into the cinema world and even took the spotlight by delivering movies like Dream Girl, recently where she definitely some more barriers. With a wide range of TV serials, films and web shows, there is no screen that is untouched and unconquered by her.

With an experience of over two decades, Ekta surely knows what are the social issues needed to be highlighted and she does it purely for the love of content. From shaping the context of new-age women to subjects that have been untapped, Ekta has delivered promising stories and this win has definitely added another feather in her cap. 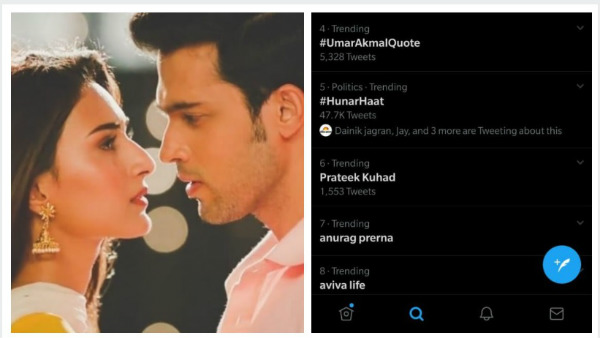