Beyhadh 2 is one of the popular shows on Sony TV featuring Jennifer Winget, Shivin Narang and Ashish Chowdhry in the lead roles. The viewers are loving Maya's fierce avatar and her chemistry with Rudra aka Shivin. But recently, there were reports that the show will go off air soon, owing to low TRPs. It was also said that the show will be aired on OTT platform as it is doing well digitally. A few speculations also suggested that the lead actress Jennifer Winget is not happy with the development and might quit the show if it goes digital. Now, Sony TV has rubbished the reports and issued an official statement which confirmed that the show is not going the digital way.

The statement also mentioned that Beyhadh 2 is a finite show and will have a logical end as planned on the channel.


The statement read as, "The rumours around Beyhadh 2 going off air and moving to the OTT platform SonyLIV are uncorroborated and hold no truth. Beyhadh 2, like any other fiction offering by Sony Entertainment Television, is a finite story and will meet its logical culmination as planned on the channel."

Well, this should put all speculations to rest! We are sure that the viewers will be happy with the news.
Coming back to the show, MJ gets insecure seeing Maya and Rudra's intimacy. He starts getting attracted towards Maya's fearless avatar. Adding to this, Maya tells MJ not to hurt Rudra as she loves him immensely which disturbs MJ. Maya is playing smartly and creating rift between father and son, which will soon destroy MJ's life. 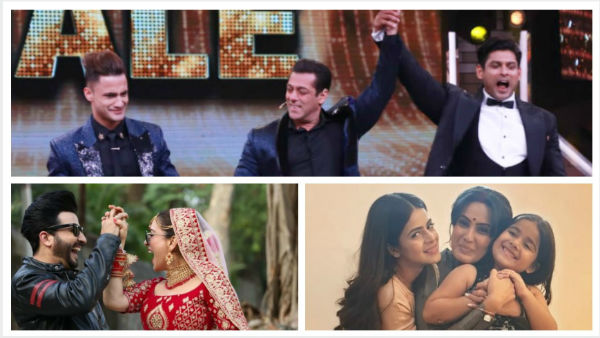