Bharti Singh and Haarsh Limbachiyaa were arrested by the Narcotics Control Bureau for consumption and possession of marijuana on Sunday (November 22, 2020) and were sent to 14-day judicial custody (i.e., till December 4) by a court. However, as per Mid-day report, although the NCB had sought their custody, the court refused it by citing that it was only a case of consumption.

As per the report, the agency had seized small quantities of Ganja from Bharti and Haarsh's premises. Advocate Atul Sarpande, who appeared for NCB, was quoted by the leading daily as saying, "We had sought two days custody to understand how they purchased the drugs and how payments were made to the peddler, but the court refused it."

Meanwhile, the couple has applied for bail before the Esplanade Court and the matter was supposed to be heard today, but might be delayed as the special public prosecutor is busy with other cases and they have requested for some other date of argument.

Atul Sarpande was quoted by ANI as saying, "As I am busy with other cases today, we will request for some other date of argument."

Apparently, Bharti has been sent to Byculla women's prison while her husband Haarsh has been lodged at Taloja jail.

The court said, "The drug seized from their residence is of a small quantity. Also, it's a case of consumption only, hence police custody under such circumstances is not required."

Apparently, after the couple's arrest, their staff is also being questioned. Zonal NCB director Sameer Wankhede was quoted by Pinkvilla as saying, "There are some people who are being looked at and members of her staff are also being investigated and questioned by the NCB." 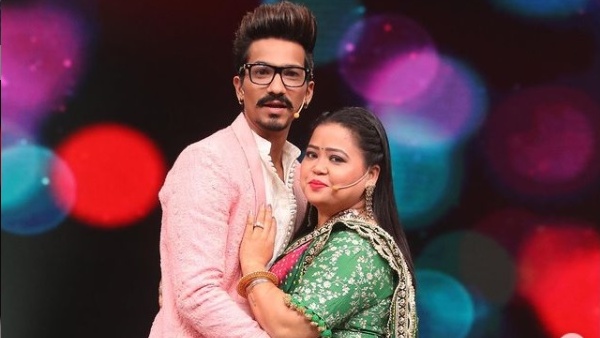