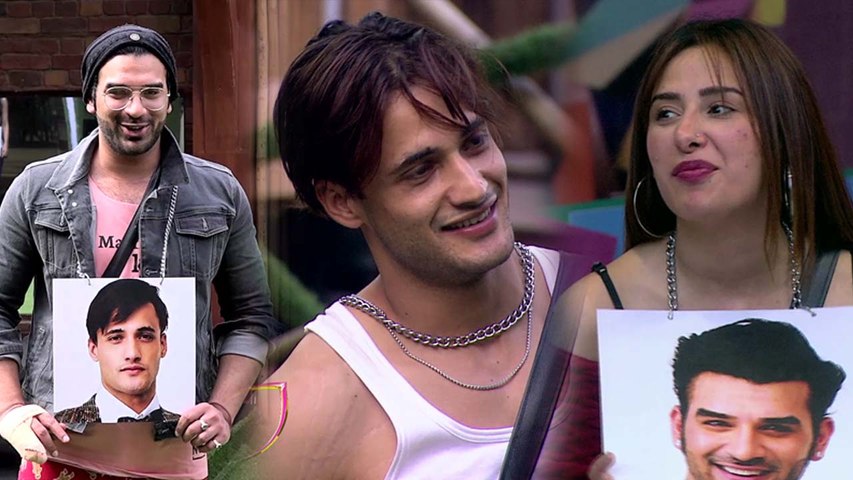 All is not well in the Bigg Boss 13 House and once again, the captaincy is aborted as the contestants fail to come to a common consensus. After a series of fights between the two jodis Sidharth-Shehnaaz, Vishal-Madhurima became the highlight of the week, Sidharth and Madhurima were found striking a new bond and flirting with each other. Sensing that Sidharth is pulling her leg, Madhurima too plays along and adds some saas to the conversation. Later in the night, Madhurima and Vishal are seen rekindling their romance after having a massive showdown. Sidharth, in his complete element, tries distracting them and starts talking to Madhurima in sign language.


It's been a week without a captain and the house has not been in order. Soon after, Bigg Boss announces the next captaincy task and says that all the housemates are the contenders for the captaincy but their fate lies in the hands of other housemates. Each contestant will have a photo of another contestant tied around their necks. Five buzzers will ring and at the first four buzzers, two contestants will have to discard the photos with them and remove a housemate from the captaincy's race.

The game gets interesting when after the first three buzzers two housemates are voted out and their photos are burnt. After the fourth buzzer, the three contestants remaining to discard the pictures are Paras, Asim and Mahira. Paras has Asim's photo, Mahira has Paras' photo while Asim has Rashami's photo. The game intensifies when Paras tries to change the game by not discarding Asim's photo. He says he wants Asim to be the captain and wants to compete with Asim instead of anyone else. Asim, too, stands his ground d and doesn't agree to discard Rashami's photo. Last but not least, even Mahira is not ready to give up on Paras. Just like many others, this task, too, gets canceled. However this time around, Bigg Boss loses his calm and reprimands the contestants and blames the housemates for intentionally getting the task canceled. Holding Paras, Mahira and Asim responsible, he punishes them.

What punishment does Bigg Boss give to Paras, Asim and Mahira?