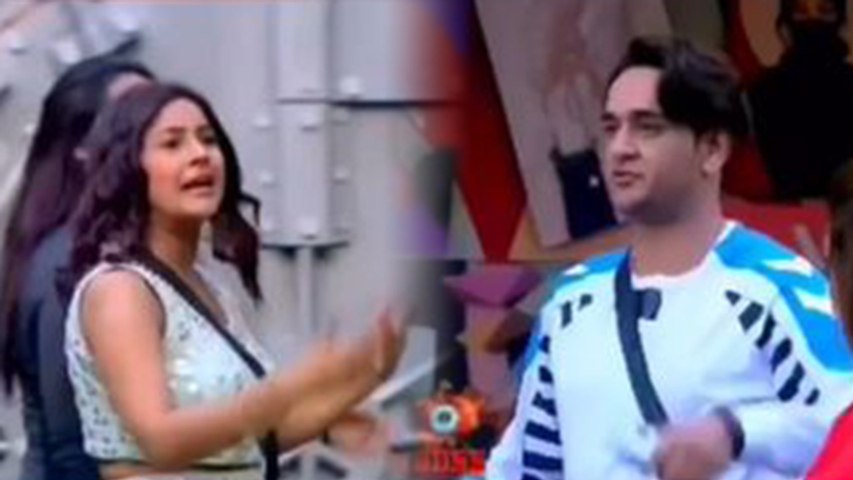 It's just the second day of the connections round and the game has already taken an interesting turn. Bigg Boss announces the captaincy task titled 'Noton Ki Baarish'. The entire house is converted into a note printing factory and a wall divides it into two halves. While the contestants are the designated workers of the factory printing the currency, the connections have to secure the notes and put it safely in the Tijori assigned to them.

In the midst of intense planning and plotting, the buzzer rings and the game begins. The connections are trying very hard to fill their respective tijoris as mastermind Vikas Gupta turns the entire game around towards the end of the first round. The team then gets into a fight over the counting of votes and a recount is held. Just as Shehbaz places his stack of notes on the ground, Vikas asks them for counting and instead grabs it and puts it in their Tijori. This infuriates everyone and they blame Vikas for cheating. Upset with the allegation, Sidharth asks Bigg Boss to eliminate him from the task, if Vikas's actions are unfair. One thing leads to another and Paras and Shehnaz start shouting at each other. Mahira, too, joins in the action and speaks in support of Paras.

Later at night, the housemates get to know the actual reason behind Shehnaz and Himanshi's past rivalry. It turns out that their makeup artist was the bone of contention who pitted the two against each other. The duo clear the air between and bury the hatchet.


Will the connections twist the game the unexpected way? Who will be the next captain of
the house?