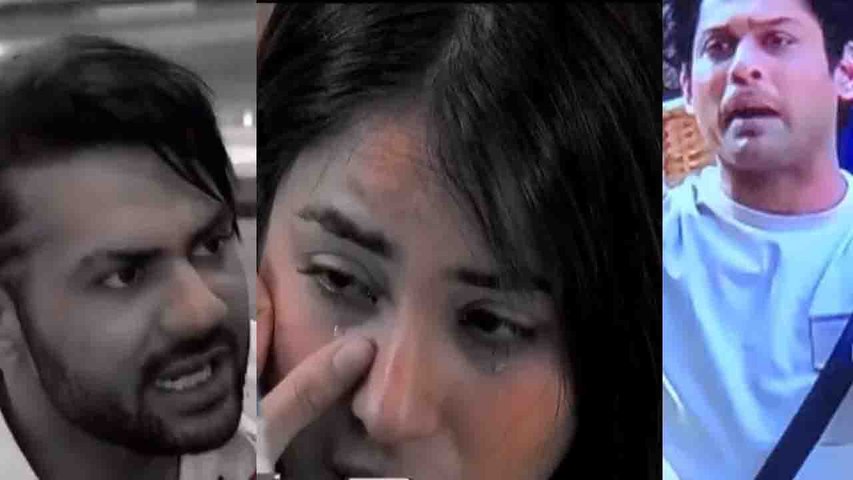 Shehnaz is the only contestant who breaks groupism and mingles with everyone in the Bigg Boss 13 house. Her inseparable bond with Sidharth has been the highlight of the season but it is also becoming a topic of concern for other housemates. Capitalising on a small disagreement between Shehnaz and Sidharth, Shefali Bagga and Vishal try to paint Shehnaz's mind against Sidharth. Vishal almost convinces Shehnaz that Sidharth is now prioritising Mahira over her. Shefali tells her that she is always subjected to injustice which is not right. Affected by their words, Shehnaz breaks down. On the other hand, Rashami, Asim and Vishal enjoy the sight of Shehnaz distancing herself from Sidharth.


Knowing it's the last day of her captaincy, Shehnaz appears relieved. 'Kukdu ku' sound reverberates the house and Shehnaz starts waking everyone up. She pleads Vishal, Asim, Madhurima and Rashami who are still tucked inside their quilts to get up which goes in vain. As a last resort, Shehnaz complaints to Bigg Boss stating that she has given up on them. Shehnaz on the other hand is facing a tough time with Sidharth once gain who is upset with her for getting manipulated by Vishal and Shefali Bagga. He no longer shows interest in talking to her and asks her to sit with those who like and care more about her.

Later, Bigg Boss announces 'Luxury Budget' task which will give the winning team a chance to be contenders of captaincy. The housemates are divided into two teams- Team A Sidharth, Paras, Shehnaz, Aarti and Shefali Jariwala and Team B - Vishal, Asim, Rashami, Mahira and Shefali Bagga while Madhurima is the 'Sanchalak'. The garden area is turned into a magical jungle and at different intervals, blocks with grocery items' names on it will magically come in the treasure chest kept in different corners of the house. Two members from each team have to hang baskets on their backs all the time after the task buzzer goes on. When Bigg Boss announces the treasure chest in which the blocks have come, only those two members bearing the baskets have to run and collect the blocks. The blocks need to be kept in the basket until the end of the task. The housemates can steal the blocks of the opposition team. The team that secures the maximum number of blocks by the end of the task will become the winner and win the luxury budget. Additionally, the next captain too will be elected from the winning team.

Mahira gets moved to the opposition team and she refuses to participate. As Bigg Boss announces the first items, Sidharth and Asim aggressively run to collect them, hurting Shehnaz in the process. Bigg Boss stops the task to warn the contestants.