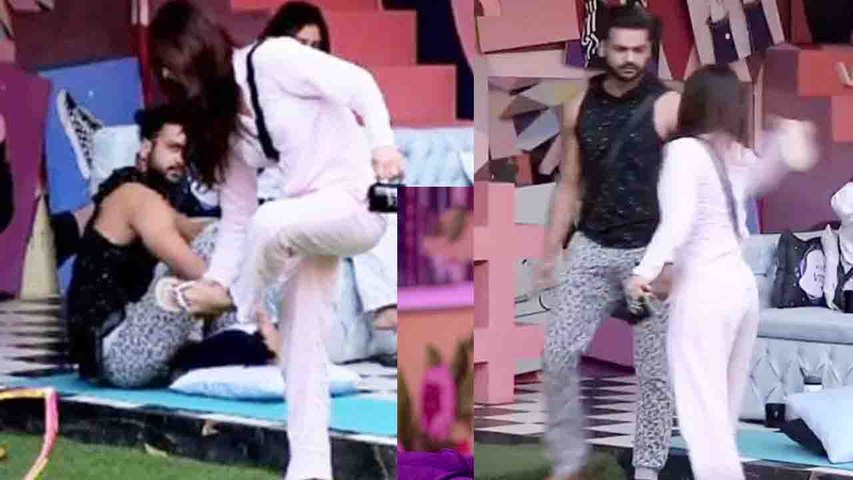 The relationship dynamics have been changing each minute inside the Bigg Boss house. While the contestants are pulling out all the stops to sustain in the game, Madhurima and Vishal are still fighting on their personal issues. While the duo and Rashami are having a have a generic conversation, Madhurima changes the topic of discussion to eliminations. She says Vishal has come in bottom two only once while she has always been in the bottom two. Vishal replies by saying that she is jealous of him and the two get into a verbal spat. The war of words between the two gets ugly and they hurl abuses while hitting each other.

Looking at the intensity of the fight, Bigg Boss calls them inside the confession room and asks them to resolve the fight as it is more of a personal matter. Vishal refuses to take the suggestion and demands justice against Madhurima's violent behavior. He sternly mentions that if no action is taken, he will quit the show and leave the house. Later, Bigg Boss does an open discussion in front of the housemates about the issue and asks the housemates to mutually decide if anyone of them wants to make a voluntary exit from the show and opens up the gate.

At the same time, Shehnaz and Sidharth get into an argument after Sidharth in a casual way starts teasing Shehnaz while touching up Mahira's topic. Sidharth says that no one needs to be jealous of Mahira directing it towards Shehnaz. All hell breaks loose and Shehnaz starts shouting at Sidharth. She asks him to not make a joke out of her feelings and when he doesn't budge, she starts throwing around things and even breaks her family frame.

She gets into a physical fight with him and later starts crying out loudly while hitting herself.