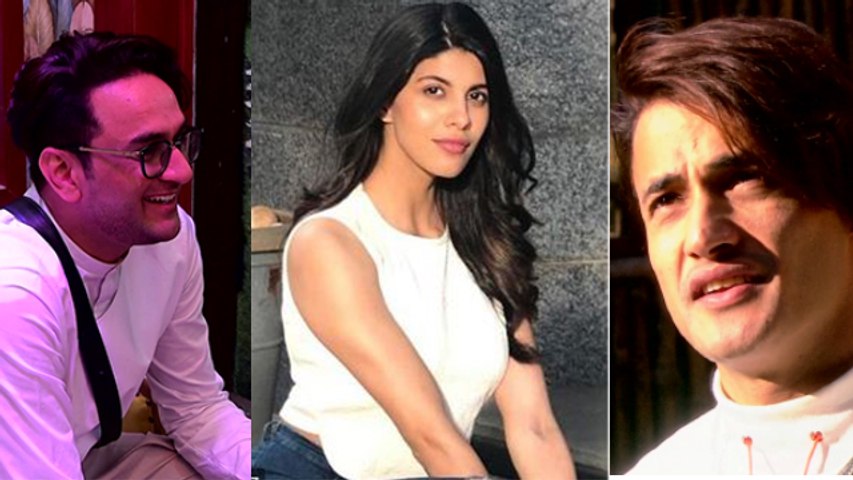 As viewers are aware, 'Connection Week' is going on in the Bigg Boss 13 house. The contestants' family members and loved ones have entered the house and are seen performing the tasks along with them. Recently, Vikas Gupta entered the Bigg Boss house as Sidharth Shukla's connection. The producer was seen making shocking revelations about Asim Riaz's love life. He was seen telling Shehnaz Gill that Asim has girlfriend outside the house. He was also seen questioning Asim about the same in front of Himanshi, which left Asim fuming. A few rumours suggested that Shruti Tuli, Asim's 'best friend' is his girlfriend!

But Shruti has clarified that Asim has NO girlfriend outside the house. She tweeted, "It's a lie. Asim's not dating anyone outside. Just another trick to defame him. #AsimRiaz #AsimSquad." - (sic)

Even Asim's brother Umar lashed out at Vikas for making false accusation. He shared a video in which he was seen clarifying about his brother's love life!

‘We Are All A Group & We Chill Out Together’

Umar feels that Vikas might have checked Asim's Instagram, saw a few pictures with a girl and concluded that she is Asim's girlfriend. Without revealing the girl's name (which is Shruti Tuli), Umar clarified, "Meri bi unke saat photos hai. We are all a group and we chill out together."

He further revealed, "I talked to her and she tweeted in the morning saying 'this is all false accusations and we are just friends'. I think that's the answer to Vikas' accusation. I think, all he is trying to do is defame Asim, so that his popularity decreases because Asim is the deserving contestant for winning. He is trying to reduce his (Asim's) chance of winning and that's why he is doing all these."

Asim Confesses He Has A Girlfriend Outside The House!

Meanwhile, there is also another video that has gone viral on social media, in which Asim himself has said that he has a girlfriend, who is a model from Mumbai. In the video, Asim was seen confessing about his ‘complicated relationship' with his girlfriend to Sidharth Shukla. We wonder what's the story behind this!

After the yest promo was out, i had to clarify the accusation made by #Vikas on #Asim. Made a video about it. Guys do tag colors and endemol people in ur comments so that it reaches up to them. @ColorsTV @EndemolShineIND