Day 15 of Bigg Boss 14 begins with Jasmin Bhasin telling Shehzad Deol in a conversation that she has now started hating Nikki Tamboli to the core. She adds that Nikki has been acting superior after winner confirmed contestant tag and that she needs to be put in her place.

In the meantime, the entire house revolts against Rubina Dilaik and Abhinav Shukla over kitchen duties. Rubina is seen reminding them that it is a huge task for her to cook and chop for 13 people. Senior Sidharth Shukla refuses to entertain the couple’s point of view. The commotion concludes with senior Gauahar Khan delegate both cooking and cutting under one duty.

Later Pavitra Punia loses her cool against Rahul Vaidya as he interrupts her conversation with Jaan Kumar Sanu. The duo gets into a shouting match and abuse each other. Pavitra calls Rahul senseless and ill-mannered while Rahul asks her to stop acting like the 'dada’ of the house.

Soon, Bigg Boss announcing this season’s first luxury budget task. It is a musical Jugalbandi between Rahul and Jaan and whoever is able to attract the maximum number of audience (housemates) would get the luxury budget hamper and can share it with four other contestants of their choice. The mood of the house changes and everyone is seen swaying to the magical tunes that the two singers. Jaan gets more housemates and wins the task. He informs Bigg Boss that he will be sharing the hamper with Nikki, Nishant Malkhani, Eijaz Khan and Shehzad.

This is followed by Bigg Boss asking the freshers to decide whether Nikki deserves to be a confirmed housemate or not. Nikki is given a chance to give her reasoning to the house. Rahul is in favour of her confirmed status. Jaan and Nishant state that they have a few issues with Nikki’s behaviour but would vote in favour of her being confirmed as she is their friend.

Rubina doesn't support Nikki because she feels that she is a big opportunist and that she doesn’t deserve to continue with the special status. Abhinav and Shehzad express similar feelings. This is followed by Jasmin adding that she doesn't even deserve to be in the BB house let alone a confirmed contestant.

However, Eijaz and Pavitra favour Nikki. The contestants fail to come to a common consensus and are seen discussing when Bigg Boss asks them their final verdict. As they didn’t have an answer, Bigg Boss announces that Nikki Tamboli will remain as the confirmed contestant.

After the task, senior Hina Khan lauds Rubina by hugging and praising her for being vocal and stating her opinion whilst standing out from the rest of them. On the other hand, Nikki is seen having a conversation with Jaan and Nishant telling them that she feels blindsided by them. She adds that she felt really bad to hear her friends say things against her during the task. 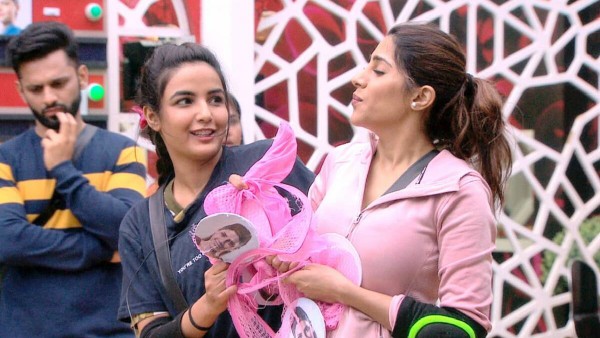