Sara Reacts To Her Eviction

It has to be recalled that during nomination task, Bigg Boss had given seniors the power to eliminate a contestant. While Sidharth chose Sara, Hina Khan and Gauahar Khan didn't want Sara to exit. However, they agreed to Sid's decision. Sara has now reacted to her exit. She revealed to Navbharat Times that despite eye injury, she performed the task well, but it was task assigned by Sidharth she refused to do as she said she can't do a lap dance on national television.

Why Sara Refused To Giving Sidharth Shukla A Lap Dance?

She was quoted by the portal as saying, "Chot ke bavajud main achche se game khelne ki koshish kar rahi hoon, woh bhool kar aap aise task ki baat karte hai jisme main comfortable nahi thi. Yeh character aur personality ka show hai, toh meri personality aisi hai ki main national television par lap dance nahi de sakti. Lekin yeh sahi hai ya galat, janta ko judge karne do (Without considering that I was trying to play the game despite my injury, you talk about a task that I was not comfortable with. This is a show about character and personality, and my personality is such that I cannot give a lap dance on national television. Whether this is right or wrong should have been judged by the audience)."

The Punjabi singer said that she got her periods while she was on Bigg Boss and it was difficult to stay without being given any clothes to change into, but she did not make a fuss and played the game. She also added that it was only that task she didn't perform but she had performed the other two tasks given by Sidharth quite well.

Meanwhile, other report suggested that she got badly injured because of Nikki Tamboli's acrylic nails during bulldozer task. Although doctors tried to treat the injury there was no improvement. Hence, it was said that the injury was the reason for her exit.

Although the footage of Sara's injury was edited from the show, the pictures of the singer's injury went viral on social media and many friends from Punjab entertainment industry supported her.

There are also reports that she might re-enter the house but there is not confirmation about the same. 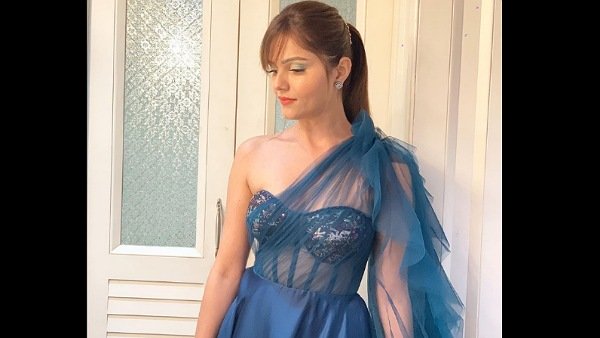